Seeding Critical for the Cats

Share All sharing options for: Seeding Critical for the Cats

After another loss down the stretch here for the fading Villanova Wildcats, the mulligans are officially over.  If they lose again, it will be their last game of the season.  Who would've thought that the potential #1 team in the country a month ago would fall so fast?  Now, it looks like the Cats will be lucky to get a 3 seed, even though Mike Huguenin thinks Nova is still a 2 seed somehow.  I can pretty much guarantee a 2 seed is out of the question, but I really think the difference between a 3 and 4 seed this year is huge.  Is Villanova talented enough to be a 3?  Absolutely.  Do they deserve a 3 after their play of late?  Probably not, which Joe Lunardi seems to agree with by putting the Cats as a 4 in his most recent bracket.  In any case, the seed Villanova receives may determine how long they last in the NCAA Tournament. 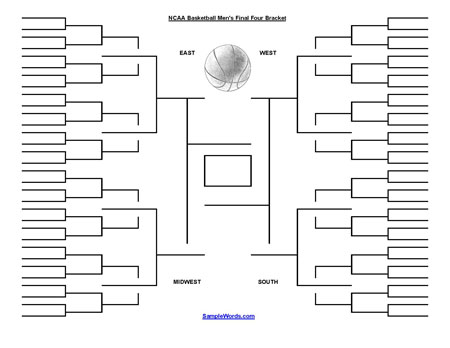 Obviously, the first round game is all that matters right now and with the way Villanova has played recently, a first round exit is not far-fetched at all.  Back to the seeding though--let's assume Kansas, Syracuse, and Kentucky are all locks for 1 seeds, with the fourth top spot hanging in the balance.  In the Sweet 16 round, a 4 seed, barring any upsets, is due to take on a 1.  Thus, if Nova were a 4 and got to the second weekend of games, one of those aforementioned powerhouses is most likely standing in the way.  On the other hand, if the Cats are a 3 seed, the Sweet 16 calls for a 2-3 matchup.  Right now, the possible 2 seeds probably consist of Purdue, Kansas State, Ohio State, and maybe Duke (if West Virginia can overtake them for one of the top spots).  I would much rather put off playing those top dogs as long as possible, especially since I think Villanova could beat any of the above projected 2 seeds.

This is all hypothetical, and Villanova actually making it to the Sweet 16 probably sounds like a success right now, but as I keep analyzing everything, where the Cats are placed could be the key.  As we all know, in the NCAA Tournament, it's all about the matchups.  Unfortunately, none of this matters unless the good guys turn things around in a hurry.  Again, there are no more second chances.

Some interesting articles as we heads towards Selection Sunday (the last one on Bill Raftery is nothing short of phenomenal):

-On and off court, a different Villanova

-Next for 'Nova: Next tournament