Closest to the Pin Round 13: Rutgers

Share All sharing options for: Closest to the Pin Round 13:  Rutgers

VUHoops vs. Vegas: Based on the average predicted scores of the VUHoops Crowd, we would have bet $100 on THE OVER (135.0); there would be no bet on the spread with both VUH and Vegas picking ‘Nova by 15 points. VUHoops would have won the OVER bet, putting us ahead for the season by $300.

Leader Board After 13 Rounds

Update: Sunday, January 2 (Game Time). A total of 64 VUHoops readers posted predictions, none picking Rutgers to win. As a group, the readers see ‘Nova winning by a score of 80-65 (a margin of 15.0 points and implied over/under of 145). The Vegas odds makers see a much lower scoring game, picking 'Nova by 15.0 points and setting the over/under at 135, implying a final score of 75-60.

VUHoops vs. Vegas: The VUHoops Crowd would bet THE OVER; with the VUHoops readers and Vegas both picking 'Nova by 15, there would be no bet on the spread. 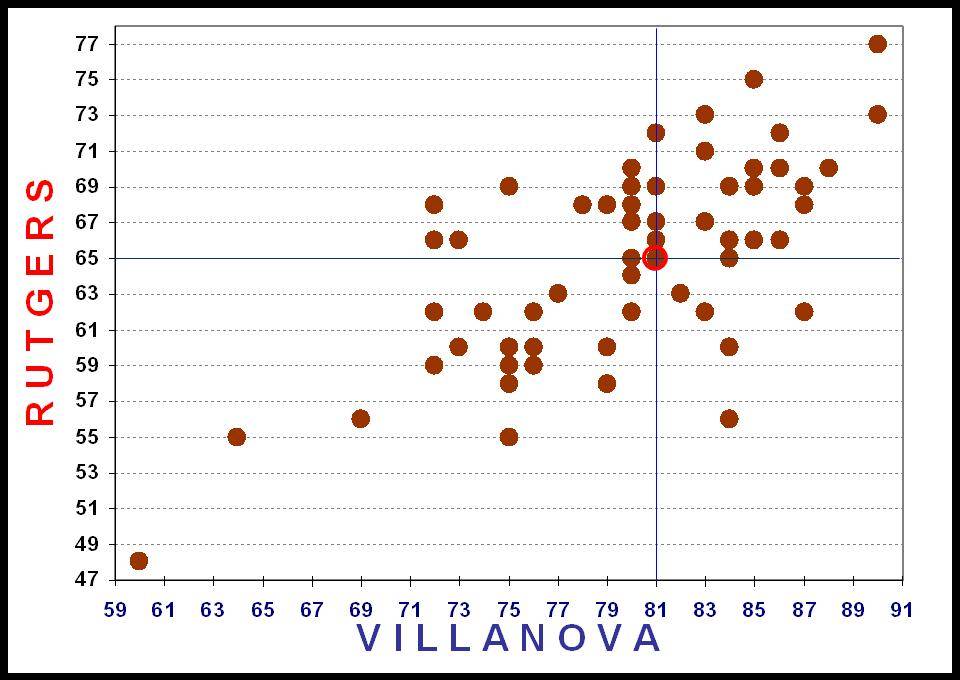 Window Opening: Saturday, January 1 (9:00 am). The window is now open for readers to post their predicted final scores for ‘Nova’s Big East opener vs. Rutgers on Sunday at 1:00 PM (Pavilion / ESPNU) in our Closest to the Pin Contest. After twelve rounds, Joe remains alone atop the leader board with 12.5 points. Click here to see our full leader board.