Share All sharing options for: Jousting the Scarlet Knights 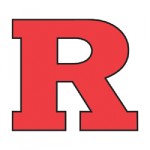 The three-loss Rutgers team that will be visiting the Pavilion on January 2nd, has so-far shared two common opponents with the Wildcats: The Hawks of St. Joes and Monmouth. They left the shore with a 23-point victory over Monmouth University, but fell to St. Joes at the Palestra. KenPom.com predicts that the 'Cats will prevail in this game with a 16-point cushion.

Rutgers has three players who have averaged double-digit scoring over the first 12 games of the season. Senior forward Jonathan Mitchell leads the team with 12.7points per game while shooting 44.2% from beyond the arc and adding six rebounds per game. Senior guard Mike Coburn has averaged 10.3 points and 3.4 assists, while sophomore wing Dane Miller has also contributed 10.3 points and 6.5 rebounds per contest.

Despite looking like a program in distress at the end of last season, the Scarlet Knights seem to have enough talent this season to give opponents a good fight. Their best win was a 61-45 home victory over the University of Miami (and former Villanovan Malcolm Grant). Though Miami has not been as good as many expected them to be this season, the win was slightly shocking at the time, after they dropped their season opener to Princeton in overtime.

For Villanova to get the victory in this game, they will have to continue to play a tough defense, work hard on the glass and show the same effort that they did against Temple on thursday night.

What I would LIKE to see is a concerted effort to be more efficient on offense, and that starts with the point guard position. Wayns and Fisher need to use more of the shot clock to find open shots and drive the lane consistently without fearing contact. If they can develop their offensive game over the course of the season, this could be a very good year for the Wildcats.

The game will tip-off at 1:00PM at the Pavilion and will be televised on ESPNU.

Don't forget to post your score in our Closest to the Pin Contest.