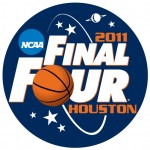 It appears to be a popular time for practitioners of Bracketology to begin releasing their foolishly-early guesses at what the NCAA tournament bracket should look like. Releasing these projections before the conference schedules have really begun to play out means that there is plenty of room for change between now and Selection Sunday.

All of the brackets reviewed place Villanova as either a 3- or 4-seed, with a slight slant toward a 4-seed at the moment. There is little agreement over where Villanova will play it's NCAA tournament games, with the West region being the only one predicted in more than one bracket.

Villanova will surely benefit from a few notable conference wins over the course of the season. The Big East schedule will provide numerous opportunities for "resume builders," and the 'Cats will need to take advantage in order to escape the "tweener" seeding they have clearly obtained to this point.

As it stands, this is where the Wildcats project in the NCAA tournament right now, according to a selection of bracketologists:

Lunardi/ESPN: Has Villanova as a 4-seed in the Southeast region, facing Iona in Tampa.

Glockner/SI: Has Villanova as a 3-seed in the West region, facing Iona in Tampa.

Glockner seems to fancy the BIG EAST's chances a lot at this point. It's hard to disagree with him based on the results so far, but that elusive 9th/10th/11th bid has always been just out of reach in recent years for the conference.

Bracketology 101: Has Villanova as a 3-seed the West region, playing Fairfield in Washington D.C.

The Hoops Report: Has Villanova as a 4-seed in the Southwest region, facing either UCLA or Dayton (but doesn't predict first-round sites).

Bracketville/MSNBC: Projects that Villanova will be a 4-seed in the East region, playing Oakland in Tampa.

Hayes/RushTheCourt: Last did a bracketology in the preseason, with Villanova as a 2-seed playing our friends from Stephen F. Austin in DC.

Palm/CBSSports.com: Has not updated his bracketology yet.

CollegeHoops.Net/Siegel: is yet another bracketologist smart enough to wait this out a little longer.