A Pack of Huskies or Lone Wolf?

Share All sharing options for: A Pack of Huskies or Lone Wolf? 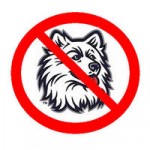 Villanova gears up for it's toughest Big East road test yet. A trip to Storrs for a Cats and Dogs match-up at Gampel Pavilion.

The 9th-ranked Huskies were among the last few undefeated teams in the country before losing their Big East opener to a 1-loss Pitt team that looks better and better every day. They followed that loss up with a loss to Notre Dame last week.

They recovered with a win over 12th-ranked Texas and then won against Rutgers and on the road at DePaul this weekend.

Villanova will be the first challenge in a stretch for the Huskies that will ultimately either confirm that they are a top-10 team or expose their weaknesses for good. Villanova, on the other hand, is already in the midst of such a stretch with UConn being followed closely by a visit to Syracuse.

The Huskies aren't as strong defensively as Maryland was on Saturday. KenPom.com gives their defense a ranking of 45th in the country. Offensively, however, they have been much better, rated 23rd, and much of that has been thanks to Kemba Walker.

Walker is a leading candidate for National Player of the Year, and he will be a handful for the 'Cats defense to control. Luckily, a group of athletic guards on the Villanova will help to counteract, or at least slow Kemba down.

Other than Walker's 25.6 points per game, only 6'9" sophomore forward Alex Oriakhi has averaged 10 points or more with 10.9 points per game. Both freshmen guard Shabazz Napier and forward Jeremy Lamb have had notable double-digit scoring games, but neither has stepped up to become a consistent third option for the Huskies.

Oriakhi is the team's leading rebounder with an average of 9.2 per game and he also leads the team in blocked shots with 2.4 per game. Freshman Roscoe Smith adds 1.6 blocks while Charles Okwandu blocks 1.5 shots per game. UConn has been one of the best teams in the country for blocking shots, so the 'Cats will have to be wary of their front court.

This is a game where the 'Cats backcourt will have to control Kemba Walker. They will likely be without Dominic Cheek in that effort after a knee injury took him out of the Maryland game. About the injury, Coach Wright told reporters:

If Cheek is not available on Monday, freshman James Bell will take on most of the extra minutes in the backcourt, while you may also expect a bigger role to be played by the frontcourt. Isaiah Armwood pulled down 13 boards to lead the team against Maryland, and could be relied upon to help counter the Huskies' bigs. Maurice Sutton will also be available again with his disciplinary suspension over.

Walker is the key to UConn's success. Without an effective performance from him on the offensive side of the ball, the Huskies will struggle. With that set-up, the Huskies look less like a pack than a lone wolf.

The game will tip off in Storrs, CT (Gampel Pavilion) at 3:30pm on Monday. The game will be available nationally on ESPN.

Don't forget to get your votes in for Ed's Closest to the Pin contest.

UPDATE 3pm: Dominic Cheek's injury has been described as a "knee sprain." He will have an MRI on the knee in the morning and will not make the trip to Connecticut with the team.