Share All sharing options for: Matt Szczur will forgo an NFL career 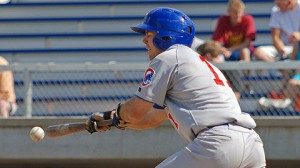 Though Matt Szczur spent his college career pulling double-duty as a do-it-all football star as well as a heroic outfielder on the baseball diamond, he was always going to have to pick one sport to concentrate on as a professional. Indications when he returned to college for his senior season were that Szczur was leaning toward dipping his toes into the NFL pool and at-least gauging the temperature, but reports on the internet suggest that the young man will forgo the NFL draft and report to the Cubs for Spring Training.

Under the contract he signed with the Chicago Cubs last summer, Szczur would have received a $500,000 bonus for pulling his name out of the NFL draft by a specific date in February and passing a physical.

Though he only played a short season in the Cubs' system, Szczur was rated their 7th-best prospect by Baseball America magazine (as well as their best athlete and fastest baserunner). With his NFL draft prospects being talked about as perhaps a third or fourth-round pick perhaps motivating the Cubs, in the past few days they revised their bonus offer -- tripling the bonus number to $1.5million.

They will likely make the signing official tomorrow. Congratulations to Matt Szczur and to the Cubs. 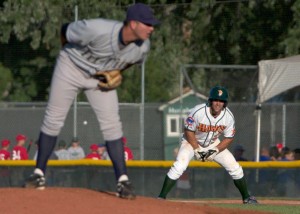