Closest to the Pin Round 19: Syracuse

Share All sharing options for: Closest to the Pin Round 19:  Syracuse

Special Note: The initially posting of game winners contained errors. Apologies to those who were impacted!

VUHoops vs. Vegas: Based on the average predicted scores of the VUHoops Crowd and the posted Vegas line, we would have won $200 by betting 'Nova +2.5 and the Under. The details follow. We’re now +$1,000 for the season.

Leader Board After 19 Rounds 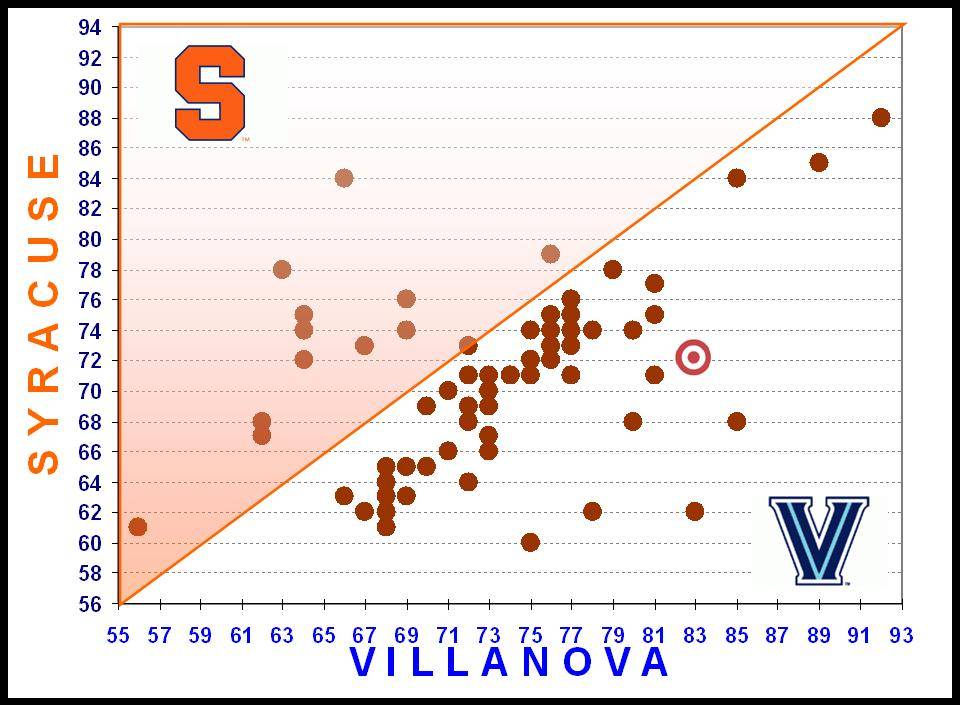 Window Opening:Wednesday, January 19 (9:00 PM). The window is now open for readers to post their predicted final scores for ‘Nova’s game at Syracuse on Saturday at 12:00 Noon (ESPN) in our Closest to the Pin Contest. After eighteen rounds, we still have a three-way time for first place among Hugh Jass, Joe and Pat ’12, each with 13.5 points. Click here to see our full leader board. In our VUHoops vs. Vegas competition, VUHoops is up $800.