Putting their Donuts in the Friar...

Share All sharing options for: Putting their Donuts in the Friar... 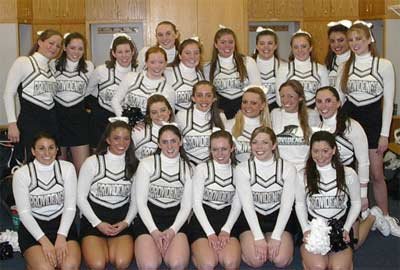 While I tend to get longwinded on these matters, I can boil this preview down to one very short sentence: Providence is not good. Of their 12 wins this season, 11 came out-of-conference, and they took losses to La Salle and a (perhaps) underwhelming Boston College team in the first two months. Their first and so-far only Big East win came last weekend against Louisville (and their former coach, Rick Pitino).

Part of Provy's problem is that Keno Davis has never really coached up a strong enough defense to do any damage. This season's Friars sport the 110th-ranked defense and 60th-ranked offense.

As usual, Providence will lean on senior swingman Marshon Brooks, who averages 23.6 points, 7.5 rebounds and 2.2 assists. Sophomore guard Vincent Council adds 14.2 points per contest as well as 6.4 assists, but struggles from deep, connecting on only 28.7% from three. Freshman guard Gerard Coleman is the third-and-final three-point threat for the Friars with 10.7 points per game. While some other players like Duke Mondy will take a lot of ill-advised deep shots, their best options from 3-point land are Kadeem Batts, who has only attempted 16 from there, but has made 43.8% of them, and Brooks, who leads the team in 3-point attempts (117) and connects on a fair percentage of them (36.8%).

The Friars are still experiencing growing pains on offense, and even with the raucous crowd at the Dunkin Donuts Center, they will likely need a performance of Kemba-like proportions in order to earn the victory on Wednesday night.

In conference games, sloppy defense has lead their opponents to shoot 410 free throws, while the Friars have only made that trip to the line for 150 shots themselves. If the Friars can't keep themselves from sending Villanova's guards to the charity-stripe, they may have a rough time looking on as the great-shooting 'Cats bury shot after shot.

In conference games, they have averaged 11.7 assists as a team and 12.6 turnovers per contest. Meanwhile their opponents turn the ball over 14.9 times but average 18.1 assists. Largely, that assist number can be chalked up to the fast-pace that Providence plays. While Rick Pitino may believe that his Cardinals are the fastest team in college basketball (I know there is a joke in there, somewhere...), Providence ranks 12th in the nation and first in the Big East for adjusted tempo (ie, the number of possessions in a game).

The key here is not to let the pace of this game cause the 'Cats to become uncomfortable. If the Friars want to play a fast pace, the Villanova guards will have to adapt and use it to their advantage to create turnovers and to rebound well.

Overall, a very winnable game where Pomeroy projects that Villanova has an 80% chance of victory.

The game will tip off on Wednesday at 7:00 pm from the Dunkin' Donuts Center in Providence, RI. Television coverage will be available locally on WPVI-DT2 as well as on ESPN3.com/Full Court (subject to blackout).

Please remember to get your picks in for Closest to the Pin.