Share All sharing options for: GameDay: Talking with Rece Davis 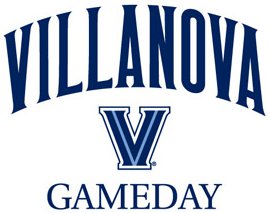 This week, ESPN was good enough to reach out to VUhoops with the opportunity to spend a few minutes (about 14) talking with a member of their College GameDay crew about the show and the game. Rece Davis was kind enough to take some time between a pre-game shoot-around (he was covering the Notre Dame/Louisville game) and his other pre-game obligations to talk with me on Wednesday.

The interview took place before tip-off of the Villanova/Rutgers game, and I am sure Rece would love the opportunity to redact all of the nice things he said about 'Nova. Well, too late, Mr. Davis: no backsies.

1. You have been doing CGD from the start. How has the show changed? Has it grown?

I think that it’s gained a lot of traction with fans. I mean, it’s been incredibly well received wherever we go to different venues, you know. Kentucky sort of blew it out in true Kentucky fashion, putting nearly 23,000 in the seats for the morning show. I think they estimated about half of the people didn’t even have a ticket to the game. That’s a pretty amazing thing, very gratifying, you know. Kansas State turned out with a huge crowd last year, Kansas this year . . . you know we’ve got great crowds at places we’ve gone, it’s very gratifying to see the people enjoy the show and want to come out and be a part of it.

I think that’s the biggest change we’ve seen. The response we get has really grown the last few years.

2. How difficult is it to do a GameDay broadcast? You start early in the morning and don’t finish until late, is there time for a nap?

You know what, I’ve been doing this show for seven years and last Saturday was the first time I’ve ever taken a nap. It was a long week, I’d done a 10-hour recruiting show . . .

Our usual routine is that you’ll try to sneak in a workout, you’ll try to go grab some lunch and watch a game, some guys like to go to the hotel . . . I usually wind up going to our bus every week and watching games there, to try and get and get ready for the night show. It’s great to relax there too, it’s easy, you get to chill out a little bit.

3. Home teams have a winning record the last few years on College GameDay – is that just a function of normal home court advantage, or do you think the show affects the game?

I think it’s more the home court advantage – the teams that have the best home court advantage usually have the best teams. That’s not to say they can’t draw some energy from it. I felt like, I know that Michigan State has been struggling and Purdue would have played well anyway, but I thought that the Purdue fans a few weeks ago, really embraced having gameday, the players came out in the morning and they were a part of it…

So, I think all of those things can factor into having the right emotional edge, but when everything is decided, the guys on the court play the game, it’s not us. You know, we’re there to celebrate the atmosphere, not necessarily to effect it.

I wouldn’t suggest in any way, shape, form or fashion that we’ve ever had an impact on how a game came out. I think at times, if guys don’t handle it properly, having that much hoopla around one particular game can be a distraction. I think that most of the team’s that we’ve seen have dealt with it well, have played well, and their crowds have ended up enjoying the day rather than creating a distraction or anything like that.

4. Villanova has a relatively small on-campus arena compared to other notable basketball schools. Is that better or worse for a GameDay broadcast?

I wouldn’t say better or worse . . . it’s going to be unique and I think it’s going to be fun and loud. I said on our website last week, I’ve been wanting to come to Philadelphia for a number of years. Every year at the end of the season they ask where I’d like to take the show, and every year I say, "lets go to one of the Philly schools."

I will admit that my suggestion has always been to do a day/night double-header at the Palestra. But I’m thrilled that we’re going to the Pavilion . . . I don’t know what all it took to make sure that game was scheduled for an on-campus thing for Villanova.

I think it’ll be a great venue for it, and I hope that the students are excited about the morning show and the game itself and we can have a great, intimate venue. One of the things that separates college basketball, from pro-sports is the proximity, in most cases, of the fans to the action, and when you get into the smaller, on-campus arenas, whether it’s a place like the Pavilion – which I am going to for the first time – or if you go to Cameron Indoor, or some other of the smaller places like that, it’s great. It almost feels like you take a little step back into the history of the game, and the fans are right on top of you, and it’s loud, and boisterous and we are looking forward to it. I think it will be a great venue for the morning show particularly.

For what it’s worth, I think ESPN is about the only way we could bring back a double-header at the Palestra.

5. We saw the video where you expressed your excitement about doing the show in Philadelphia. You aren’t from Philly, so how did you get so excited about the Big 5?

You know, I just appreciate the history of the game and I understand how important basketball is to the fabric of the culture of Philadelphia. I have no connection whatsoever to Philly, other than, when I was a kid, I was a 76ers fan – loved Dr. J, hated Larry Bird. The Sixers were my team, you know, Doug Collins, Henry Bibby, World B. Free and George McGinnis and all those guys.

And like any basketball fan, you have a great appreciation for what Villanova did in 1985, and what John Chaney has meant to the game and what Phil Martelli at St. Joes has been able to accomplish over the years. All of those things are part of the history and the fabric of the game, so many great players have played there or come from there, that it’s a place we should go. We’re very excited about being there for the first time.

6. Villanova and Pitt were both picked to be at the top of the Big East in the preseason poll and both have been mentioned as Final Four contenders. Do you have either team in your Final Four?

I think it’s an exercise in futility to do one right now, simply because of the nature of this season and waiting for teams to take control.

But right now, I would say I think that both are contenders for the Final Four, and based on how match-ups would be, I think that I would probably have Pittsburgh as a Final Four team right now. I really like the chemistry with which they’ve played most of the season. I think they’re very resolute, dedicated to their system on defense, they don’t waver from it no matter what, and I think that will make them very tough to beat in March.

I think Villanova is a contender too, but I really like the chemistry that Pittsburgh has shown us up to this point in the season.

7. For the first time in a while, Jay Wright has been starting three forwards. Do you think that the move to a bigger lineup is a good idea for a program that has been guard-oriented for so long?

Look, I’m going to tell you something, I think that Jay Wright is one of the elite coaches in the country and if he thinks that’s the best move for Villanova, I’m right there with it.

I think the guy has done a phenomenal job. He’s always been able to adjust, his teams are always tough-minded, and I think it just creates a different set of problems for teams that play them. It gives them a little bit different look from what they’re accustomed to seeing and you still have plenty of guys who can score from the perimeter. You know, I think there might be a school of thought that in some ways it helps Wayns a lot.

So I think that, I’m not going to be the guy who sits there in my broadcast chair and second-guesses a coach of his caliber.

8. Is the match-up between Pitt and Villanova diminished at all by Ashton Gibbs’ injury?

No, I think it’s still going to be a great game. I mean, Pittsburgh played very well earlier this week without Ashton. Obviously, he’s an important part of their team, but I still think they have an outstanding club and they have other guys who can score for them. I mean, they have to have other guys pick up the slack offensively when he’s not there, but I don’t think it diminishes the match-up at all.

9. What one-on-one player match-up are you most interested in seeing this weekend?

I think I’d like big Gary McGhee get inside and bang around with Yarou and some of the big fellas in there. I think that’ll be something interesting to see. Everybody always says the guards, but let’s pay attention to the big fellas every now and then too.

10. Every year people talk about how the Big East is the toughest conference. Is it?

I don’t think there is any question. It doesn’t mean I think they’ll win the National Championship, but they’ve got . . . you know, no other conference can go eleven or twelve deep the way the Big East can. There’s no comparison in my estimation.

11. With Jay Wright and Rick Pitino, is it the best-dressed conference? Or does Bob Huggins take away from that?

[laughs] It depends on whether you’re looking for lounge-wear or actual fine dress. I think I would name Jay, probably the best-dressed coach in college basketball, and I would name Huggy the most comfortable.

12. Villanova is mulling over Big East football. If they make the move, what are the chances of football GameDay at Villanova? Are they better or worse than Washington State?

[laughs] Just get that flag. You need a Villanova flag and follow GameDay around every week like Wazzu’s done and then maybe you can make your pitch to try and get it there.