Wideout wasn't a major positional need for Villanova in the off-season, but adding depth at Tight End was a must for a Wildcat team that would not only be thin at that position, but will also be very young on the offensive line. Andy Talley and company inked three new players at those positions on signing day, and all of them fit in with the otherwise great ratings being given to this class.

Clay Horne, WR: Horne is not only a big-time playmaking wide receiver, he's also just plain big. At 6'6" he would look just as in-place on the end of Jay Wright's bench as he will at the back of the endzone. Horne is a quick receiver with good open field speed, and is athletic enough that he will get to balls that might have otherwise been out of reach.

Horne hails from St. Paul Minnesota, but spent his last year at Lawrence Academy in Groton, Massachusetts. Where he was a First Team All-League receiver. 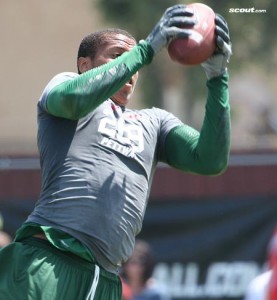 Earnest Pettway, TE: A starter on both the basketball and football teams for Long Beach Poly in California, Pettway brings a 3.8 GPA to Villanova. He was also recruited by most of the PAC-10, but for one reason or another, the recruiting services didn't list any BCS-level offers for the two-star Tight End.

Pettway is big, athletic and mobile. He is a tremendous mismatch against smaller defensive backs and is a good blocker as well. His strong hands help him to make catches in traffic. He is also a high-character guy, according to coaches.

"One night during the summer, Pettway went from football practice in the afternoon to an intense, all-out basketball game in the evening, displaying unselfishness and teamwork while gladly sacrificing his body diving for loose balls on the court." 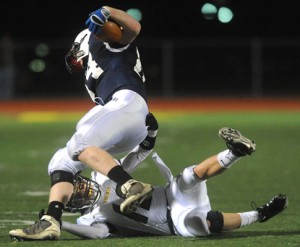 Morgan Craig, TE: Though he was a First Team All-State player as a defensive end, but the Villanova staff liked what they saw from the Big 33 selection as an offensive player. Craig chose Villanova over offers from a number of MAC conference schools.

He took his official visit to the Main Line in January and was so convinced that it was the right place for him that he immediately cancelled a scheduled visit to Temple and gave Andy Talley a verbal commitment.

At 6'5" and 245lbs, Craig caught six passes for 107 yards and one touchdown while playing on the offensive side of the ball. In the offseason, Craig is a wrestler and his older brother wrestles at Rider University.

There are a few more profiles to be done. Please check back soon for the defensive backs and the offensive linemen.