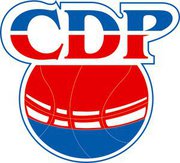 With no NBA opportunities arising at the end of his D-League season, Scottie Reynolds, rather than go home, has signed on to play for CDP Domingo Paulino in the Dominican Republic. CDP are the defending champions of the Dominican league and are currently in the midst of the Santiago Finals.

Reynolds replaced Juan Coronado (196-G-83) who suffer an injury after game 1. Reynold showed a high level scoring ability after scoring from every where on the floor in the first half, helping CDP Domingo Paulino Santiago to a 53-34 lead at the break. Plaza made a strong run in the second have including taking a 1 point lead but CDP Domingo Paulino Santiago prevailed . . .

So far, this international adventure has gone better than Reynolds' last foray outside the United States (a, perhaps, ill-advised signing with a small-town second-division Italian club). His Dominican team is tied with their opponent, Plaza Valerio at one game apiece in their 7 game series.