Share All sharing options for: The Week In Review (Week Ended April 23) 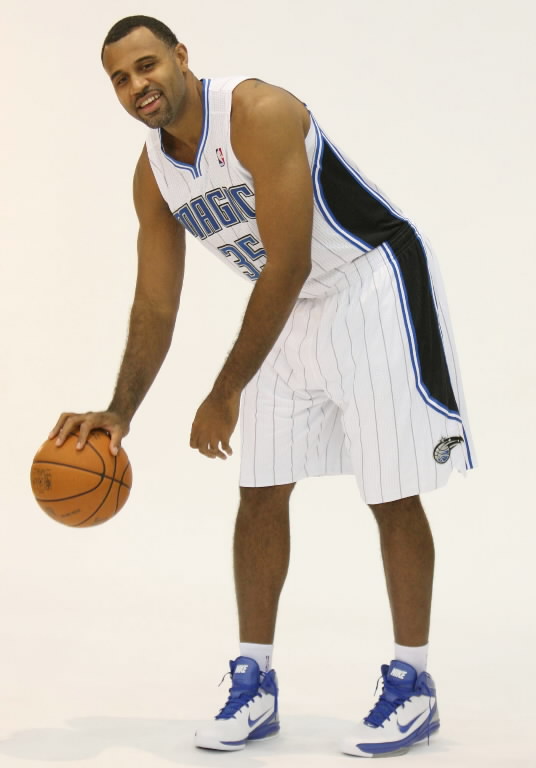 The news is getting tougher and tougher to find, but "there's always something ..."

Tom Moore of PhillyBurbs.com reports that Villanova alum and Orlando Magic backup power forward, Malik Allen, has a plan for when his NBA playing career ends. "I don't want to be one of those guys where the door shuts and nobody says anything and all of a sudden you're panicking." And while Allen, hopes to play two or three more years, he realizes there are no guarantees his 10th season, as a member of his eighth team, won't be his last. With the contacts he's made and the time he's spent analyzing the game, he'd love to become a coach. Orlando coach Stan Van Gundy, says. "Malik's always a guy I've had a great deal of respect for," Van Gundy said. "He's a hard worker, a smart guy, a very professional player. He's always going to know what going's on and accept any role you give him. He's about the team first. Hey Jay, maybe we found you that big man coach we’ve been looking for."

Dana O'Neil reports that Jim Larranaga is leaving George Mason to coach for Miami. With a hat-tip to Brian, we've learned that the Washington Post has reported that Larranaga assistant, Michael Huger, has spoken with Villanova about a possible coaching position there. Huger spent the past four seasons as an assistant coach at George Mason. He played professionally in Europe for 12 years. Huger was instrumental in helping a young George Mason team to its best-ever start in 2010, as Mason began the year 10-1 in conference play. A native of New York City, Huger led Stevenson High School to back-to-back PSAL City Championships in 1988 and 1989. A 5-11 point guard, Huger later played for Bowling Green State University from 1989-93. Huger led Bowling Green to the NIT twice. In his final year at Bowling Green, he was runner-up for Conference Player of the Year as well a Naismith Award nominee. In 1995-96, he was the Dutch League's MVP averaging 25.3 points and 5.8 assists. He also earned first-team All-Belgium honors in 2000 and 2004, leading his clubs to Belgium Cup Championships those seasons. 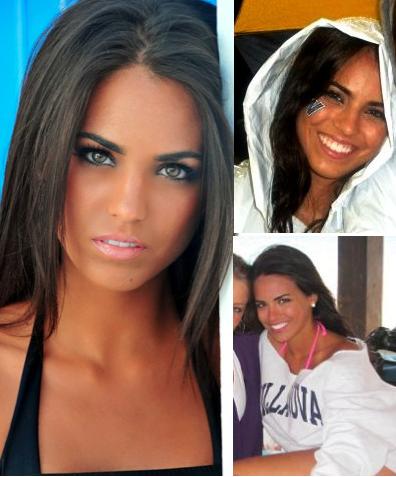 Villanovan’s have long claimed to have the most attractive coeds in the country. Now there is proof. With a hat tip to VUHoops reader, DW, we have learned that Villanova’s Kacie has won the first annual BarstoolU 64 presented by Draftstreet! The bracket of 64 contestants shows that Kacie beat out some fierce competition. Her victory earns Villanova the right to party with Barstool U and Draftstreet on campus.

ESPN.com reports that Georgetown sophomore, Hollis Thompson, has entered his name in the NBA draft. Thompson, who averaged 8.6 points and 4.4 rebounds, has not hired an agent, which would make him eligible to return if he withdraws his name from draft consideration by May 8. Jamal Coombs-McDaniel, a swingman on Connecticut's national championship basketball team, has been arrested on a marijuana possession charge.

Ryan Feldman of TheHoopsReport.com explains current NBA draft hopeful Jamine Peterson's abrupt departure from the Providence men's basketball program in May 2010. Feldman writes, "Peterson had just come off a breakout season. He averaged 19.6 points and 10.2 rebounds per game for the Friars and had 16 double-doubles as a redshirt sophomore during the 2009-10 season. According to reports, Peterson was dismissed from the Providence men's basketball team for a "violation of team rules" in May 2010. Allegedly, Peterson was told by the coaching staff to ensure that a top recruit had a good time while visiting Providence. Peterson understood what the coaches meant. When recruits came to campus, he said that's what the Providence players did. They would find a willing female to show the recruits a "good time." He called a female who the Providence players called numerous times previously. [Editor's Note: discretion compelled me to omit the salacious details of Mr. Feldman's article.] The recruit later told his mother about how good of a time he had at Providence. The mother then became enraged and confronted the President of Providence College about the incident her son had described, leading to Paterson's decision to leave Providence."

In an article entitled "Say No To 'Nova,"Dale Miller of the Metro News in West Virginia makes his argument for rejecting Villanova’s bid to join Big East football. He writes, "Villanova is a first rate school with a great basketball program and a very respectable FCS football team. [However, promoting] Villanova to the ranks of Big East football would be a bad mistake. Adding TCU was a step in the right direction. You could stop at nine and achieve the scheduling balance long desired by conference teams – four games at home, four on the road. PPL Park is a small, unsuitable stadium would not remotely be at the minimum standards of a team in a BCS automatic qualifier conference. Villanova doesn't land the Philadelphia television market, and neither does hometown Temple. That is clearly a Penn State market. The football conference should become a stand-alone all-sports conference that would remain very competitive in basketball with Syracuse, U Conn, West Virginia, Pitt, Louisville and Cincinnati, plus the new additions."

Randy Reinhardt of Pantagraph.com writes in his article "Chiefs' Szczur Hailed as Head-turning Athlete," reports that Matt Szczur was in center field Thursday when the Peoria Chiefs opened their season at home in a Midwest League game against Cedar Rapids. Matt picked baseball over football for health reasons. He told Reinhardt, "One of the main reasons [for picking baseball] was I got injured (high ankle sprain) this past (football) season. I didn't want my career being like that," Szczur said. "I didn't want to take a chance every game to get hurt and more or less not play the rest of my life." "He’s got a ton of athletic ability," Chiefs’ manager Casey Kopitzke said. "Dedicating himself to baseball full time, really the sky is the limit. It’s exciting to watch him play." After nine games, Matt is hitting .250 with 36 at-bats, has 7 runs scored, 2RBI, a .325 OBP and a .306 SLG.

The Telegraph in the UK interviewed Villanova alum, Andrew Sullivan, who will be leading Great Britain basketball into their first Olympics in 2012.