Share All sharing options for: The Week In Review (May 21)

Up for Some Intrigue? …. Brian Bennett of ESPN writes, "For the first time, there will be 17 athletic directors in the same room as the Big East holds its spring meetings next week [Monday through Wednesday] in Ponte Vedra, Fla. TCU doesn't have voting privileges, but they will take part in the discussions. The intriguing part will be how that room interacts with each other, and what the relationship will be like with the Villanova officials. The Wildcats, of course, were all set to move up and join the Big East in football until some other member schools expressed reservations about the school's plan. Now representatives of those schools that want to block Villanova's entry will be sitting in the same conference rooms and playing the same golf course. How much would you pay to be a fly on the wall in some of those gatherings?"

Well, It’s East of Vegas … Some Big East football members have taken an expansionist view of the geographic scope of the Big East. The addition of TCU pushes the western boarder of the Big East all the way to Ft. Worth Texas. However, reports from Examiner.com suggest that "the east" is a lot bigger than we were taught in school. They write, "according to Deep Shades of Blue, a BYU blog, "the (Big East) conference contact[ed] BYU about becoming a football-only member, but that the proposal was turned down by the BYU administration. The fact that Big East is initiating discussions with anyone other than Villanova is a big deal. ‘Nova is the proverbial stopper in the bathtub. If they were an ideal football fit, the Big East could conceivably add them as the tenth football member and that would be the end of it... for awhile. That blissful, harmonious, scenario would speak to a greater concord within the league and suggest that the Big East was adhering to a non partisan approach to expansion. However, the BYU overtures suggest that the league that isn't operating under a united vision right now. There is clearly a push being made to make football a priority. "

ESPN Poll Says "No" To Villanova Football Upgrade …. Brian Bennett polled ESPN.com readers this week on the Big East Expansion. He writes, "First, I asked if the Big East should accept Villanova as its 10th member, and [the readers] overwhelmingly said no. A whopping 10,570 voted, of which 78 percent don't think the Wildcats would make a good fit for the league in football. Not surprising, because I think it's a tough sell that Villanova can be competitive quickly and solve its considerable stadium issues. I would have voted no too. Wonder if the folks in Providence paid attention to this poll? Next, I asked who would be the ideal candidate if not Villanova. ECU won the poll with 39 percent of the vote." 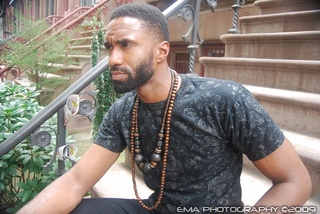 Yeah Me Too, What Will Said: …. Rick Chandler of NBC Sports reports that ESPN radio host, "Jared Max (1050 ESPN WEPN AM New York) is jumping onto a tastefully decorated bandwagon [by revealing that he is gay]. The pronouncement came after others in the sports world — Suns president Rick Welts, former Villanova basketball player Will Sheridan and CNN anchor Don Lemon — all came out earlier in the week. Max said that he was also inspired by comments from Charles Barkley earlier this week, who told ESPN that he had gay teammates on two of the three NBA teams he played for. Barkley: "It bothers me when I hear these reporters and jocks get on TV and say, ‘Oh, no guy can come out in a team sport. These guys would go crazy.’ First of all, quit telling me what I think. I’d rather have a gay guy who can play than a straight guy who can’t play."

Will Honors His Home State of Delaware with his Second Video, "302"

Dissed and Pissed ... ESPN recruiting analyst, Paul Biancardi, singled out Villanova 2011 signee, Tyrone Johnson, as the high school player who surprised him the most during the past season. He writes, "After his junior season, Tyrone Johnson left Plainfield High School in New Jersey for national power Montrose Christian and was determined all season long. Fresh off a National High School Invitational championship and MVP honors, Johnson led his team to a 25-1 record his senior year at Montrose Christian thanks to his ability to create, knock down open jumpers and get into the lane. Johnson was not selected to any high-level all-star games and that has motivated him even more, which makes him a perfect fit for Coach Jay Wright at Villanova."

Ach Bonding ... Alex Schwarz of Rivals.com reports that Achraf Yacoubou is anxious to begin his Villanova career this summer. He already has begun bonding with the other Villanova signees."Yeah I talk to them a lot," Yacoubou said. I was talking to Tyrone [Johnson] and Darrun [Hilliard] yesterday. I try to keep in touch with them so we can build a bond and make an impact. I'm really close to Savon [Goodman too]." Yacoubou discussed Jay Wright being considered for the Maryland job. " I was texting [Coach Wright] to see how he was doing and he [brought] it up. He said Maryland was trying to get him but he likes Nova and he's gonna stay so don't worry about it. "About next year, Arch says, "I wanna do whatever it takes to help the team win, get very good grades in school and work very hard at winning Big East Rookie of the Year. I think I fit best as a shooting guard, but I can play point guard too if the coaches want me to. I see myself as more of a combo guard because I improved my handle and everything, worked on that stuff."

Stokes' #24 Jersey Retired … The Hudson Reporter writes, "Corey Stokes returned to Midtown Community School – which he attended until graduating in 2003 – to help celebrate the school’s recent basketball championship. The school used this as an opportunity to retire his jersey. Before Stokes played high school basketball for Head Coach Dan Hurley at St. Benedict’s Prep School in Newark, he started playing basketball at Midtown Community School in Bayonne. Stokes is arguably the best basketball player to have ever played in Bayonne, scoring more than 1,200 career points before graduating from eighth grade. "In the fourth grade, he was the only student in school history to be named to the varsity team," said Superintendent of Schools Dr. Patricia McGeehan. Stokes is an example for all of the students that dreams do come true." 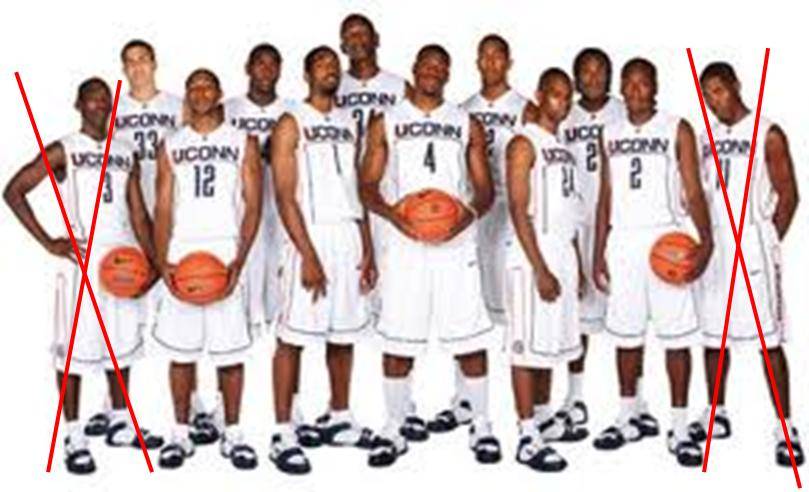 And Then There Were Ten … ESPN.com reports that the National Champion Connecticut will lose two scholarships for the upcoming season as a result of a poor Academic Performance Rating from the NCAA. The official national Academic Performance Rating is due out next week. UConn has already been docked one of its 13 scholarships because of NCAA recruiting violations. The loss of scholarships due to the APR report will leave the school with 10 for the next academic year. A low rating is costly to Calhoun personally. His contract calls for him to donate $100,000 to a UConn scholarship fund if the program doesn't meet the APR. He also will forfeit his postseason bonus of $87,500, earned during UConn's run to the national title."

Maybe, Maybe Not …. ESPN also reports that "Jim Calhoun still hasn't decided whether he will continue coaching UConn next season -- but he certainly sounds like someone planning to coach. "I’m trying to do everything humanly possible right now to prepare ourselves like I'm the coach next year," Calhoun said."