The Week In Review (July 2)

Share All sharing options for: The Week In Review (July 2) 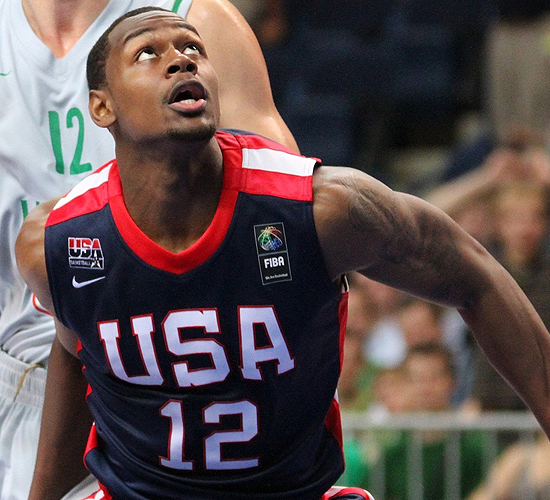 Villanova’s James Bell made his Team USA debut on June 26, posting eight points, three rebounds and two blocks in 20 minutes. But it was nowhere near enough to help USA Basketball’s U19 World Championship team hang with Lithuania’s under-20 squad, which blew out the Americans 101-72, in an exhibition in Lithuania. That loss was followed by a 108-75 exhibition game loss to Lithuania’s under-19 squad, where Bell scored 5 points and grabbed 4 rebounds in 14 minutes. Since then, Team USA has gotten on track in the FIBA Championship tournament with wins over Egypt 115-60 (with Bell scoring 4 points along with 2 rebounds and 2 steals in 15 minutes), and Serbia 80-78 (with Bell scoring 4 points, 2 rebounds and 2 steals in 26 minutes). Over the four games, Bell has averaged 19 MPG and 5.3 PPG on 36 % shooting, including 0-5 from beyond the arc. He is averaging 2.8 RPG and 3.6 personal fouls, but has yet to record a turnover.

Brian Ewart reported the shocking news that Corey Stokes was on arrested and charged with assault on Friday "after a a bar fight that occurred in the early morning hours on June 30 at a bar near One Hudson Place in Hoboken. One of the alleged victims in the assault suffered a broken jaw."

USA Today reported that "The Charlotte Bobcats made a one-year qualifying offer worth nearly $1 million to Dante Cunningham on Monday that makes the reserve forward a restricted free agent. The move came less than two months after Cunningham was charged with possession of marijuana following a traffic stop in suburban Philadelphia in which police said they also found a pellet gun in violation of a local ordinance. Charlotte acquired the former Villanova player from Portland in February. The Bobcats moved the 6-foot-8 Cunningham from power forward to small forward and he thrived, averaging 9 points and 4 rebounds in 22 games while showing a consistent mid-range jumper. Before the final game of the season, owner Michael Jordan said they wanted to re-sign the 2009 second-round pick. But the franchise became more cautious following his arrest. President of basketball operations Rod Higgins said last week that they would wait until after the draft to decide on Cunningham's future. Then Charlotte swung a draft-night deal that sent top scorer Stephen Jackson to Milwaukee and left the Bobcats extremely thin at small forward. The qualifying offer means the Bobcats can match any offer another team makes to Cunningham. Bobcats Coach Paul Silas last month showed support for Cunningham. "Things happen and I just hope he learned from it and that certainly that will never happen again. Everybody makes mistakes and if he learns from his mistakes, he'll be OK."

The News Observer reports that "had the Bobcats drafted a small forward, Cunningham might have never gotten that guarantee of about $1 million. Still, the Bobcats sent a message by waiting as long as they did to restrict Cunningham's free-agency. He did something really silly. And I don't mean smoking a joint. I mean -- at the exact moment you have the chance to make life-changing money -- you draw the attention of a cop in the off-season, and when the cop takes a look (and apparently a sniff) inside your truck, he knows you've been smoking marijuana. As one former NBA general manager said to me, "his judgment is the real issue here.'' I think the Bobcats were sending a message by waiting so long to qualify Cunningham, who was raised well by military folk. The message was: Feel embarrassed. Grow up. Understand how close you were to throwing all this great life away."

Fivestar Basketball offers us a video glimpse of Villanova-commits Savon Goodman, Daniel Ochefu and Ryan Arcidiacono talking about playing together under Coach Jay Wright at 'Nova and their efforts to recruit Amile Jefferson to join them at Villanova as the commitment deadline draws near. The video also includes an interview with Amile Jefferson, who confirms that he is seriously considering Villanova and is getting a lot of encouragement to think ‘Nova by Messrs. Goodman, Ochefu and Arcidiacono. Click here to watch the video.

ESPN reports that "The Deron Williams Nike Skills Academy provided high school players a unique opportunity to work with some of the elite coaches and prepare for life on the court as a college basketball player. Every drill and controlled scrimmage provided great preparation for the next level." Ryan Arcidiacono, now the No. 5-ranked PG in the 2012 class, was one of the top three scorers in the camp. ESPN wrote, "Arcidiacono is a lead guard that the defense must keep track of at all times. He is a terrific point guard with the ability to score, and was deadly at times from beyond the arc. When he plays off the ball, he can spot up on the break, in the half-court set and off screens. He does a great job of spacing on the side of dribble penetration, and is ready to shoot from a post-feed kick out. The future Wildcat can flat-out knock down open jumpers and can get on a roll very quickly. He does not hesitate to shoot, and simply makes the defense pay."

ESPN named Savon Goodman one of the Top 3 Defenders / Rebounders at the Kevin Durant Nike Skills Academy for wing players writing, "Goodman is a strong and physical forward who is a short-distance slasher and finisher through contact, but he got our attention with his work on the glass. He rebounds with power in and out of his area on both ends. He is aggressive and quick to the ball. His desire, as well as his physical gifts, make him a terrific rebounder. He is also a very capable multiple-position defender with the proper coaching on distance and angles. Goodman has brought toughness and a great motor to floor every time we have seen him and the blue-collar forward is a guy you want in your corner. Goodman is loaded with potential, and when his skills catch up, watch out." 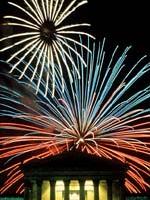 Finally, as if the Corey Stokes fireworks on Thursday were not enough, on July 4th we celebrate Independence Day commemorating the anniversary of our Declaration of Independence from Great Britain on July 4, 1776. We wish all of you a happy and safe holiday.

P.S.: I am pleased to report that Mike has closed the VUHoops.com offices on Monday on both the east and west coasts and given Brian, Kevin and me the day off! See you on Tuesday.