The Week In Review (July 9)

Share All sharing options for: The Week In Review (July 9)

As we reported here last month, former Nova football and baseball star, Matt Szczur, will represent the Peoria Chiefs in the 2011 XM Satellite Radio All-Star Futures Game on Sunday, July 10 at Chase Field in Phoenix to kick off the MLB All-Star festivities. The game will be covered by ESPN2 and MLB.com beginning 5:00 Central Time. The contest pits Team USA against all stars from the rest of the world. Over 66 games and 274 at-bats, Matt is among the top two on the Chiefs in runs scored (55), AVG (.314), OBP (.366), SLG (.431), OPS (.796) and errors (1). He started at right field the Midwest League All-Star game where he went 2-0-0-0.

Philly.com reports that Villanova Szczur "has been promoted from Peoria of the low-A Midwest League on Saturday to Daytona of the high-A Florida State League. He will join the Daytona Cubs next week."

VUHoops’ Brian Ewart reported that Russia handed the Team USA a 74-79 loss and knocking them out of medal contention in the FIBA U19 tournament. "Villanova’s James Bell was again a non-factor on the offensive side of the ball. Despite starting, he played only 10 minutes and went 0-for-2 from the field with 3 rebounds, and a turnover. USA now moves to the consolation bracket where they will play Poland (5-2. The winner of that game will play for 5th-place on Sunday and the loser will play for 7th."

ESPN’s Dana O’Neil wrote another great article, Summer Provides Head Start for Freshmen, including video interviews of ‘Nova’s Darrun Hilliard and Tyrone Johnson. She writes, "[the day after Darrun Hilliard’s high school graduation] he was back on the Villanova campus, and at 10:30 the next morning, took his seat in his Themes of World History class. For athletes, the gap time between high school finality and college reality has all but disappeared. Hilliard and fellow frosh Tyrone Johnson have been on campus since May 31 and already are gearing up for their first collegiate final exam. Hilliard and Johnson are playing organized pickup with their future teammates and are all-in with the team’s strength training program -- but in a lot of ways it’s about more than basketball. "They can get used to college life when there’s no pressure," Villanova coach Jay Wright said. "They're going to make mistakes -- show up late to class, struggle in their classes -- but if they make mistakes now, they aren’t magnified. We want guys to get used to being away from home, to understand what it's like to take a college class, to learn how to take notes, all of it before we throw in the pressure of games and full practices." Achraf Yacoubou's Long Island Lutheran High School graduated long after the first summer session at Villanova began. He'll be on campus for the second. As for Markus Kennedy, he's still awaiting an OK from the NCAA Eligibility Center."

"Most days the freshmen go to class from 10:30 until noon, grab a light lunch and hit the gym for their own individual work. At 3 p.m., the team gathers for a group workout. Often strength coach Lon Record puts them through a rigorous session. With a sparse student population on hand, the players spend most evenings together. Sometimes Wright invites them to his house for dinner and now, thanks to some relaxed NCAA rules, the freshmen can actually go."

Dana with Tyrone, Crutches In Tow

"Johnson was hobbling on crutches as he spoke to ESPN.com last week, his left ankle encased in a walking boot. A day earlier he had rolled his ankle during a pickup game, spraining it. It's his first experience with an injury and about to be his first run through rehabbing. "You would have thought he broke his leg in half," Wright said.

Maxpreps.com ran a feature on ‘Nova target, Amile Jefferson, this week. They wrote, "There's nothing garish about the 6-foot-8 rising senior's game. He scores no sexy points with tomahawk dunks or gaudy displays on defense. He's singularly efficient and likes it that way. The Gatorade Pennsylvania Boys Basketball Player of the Year for 2010-11, Jefferson returns as the best player in the Philadelphia region this season, a little thicker at around 200 pounds after averaging 19.5 points and 11 rebounds a game last season for the Phoenix. He's bright, plays smart and strong, and above everything else, Jefferson plays solely to win whether he's dumping in 26 points or grabbing 15 rebounds without scoring a point at all. What's made Jefferson that much more attractive to college scouts is the versatility he's added to his game. Jefferson carries a 3.4 GPA at academically demanding Friends Central."

"Many are looking to where Jefferson will commit. Jefferson himself doesn't rule out staying home, but he hasn't exactly ruled out going away, either. Two of Jefferson's buddies, Savon Goodman and Ryan Arcidiacono, are two prime local Villanova commits. They have been trying to sway their pal to stay home and make it a trio of locals that will forge the Wildcats' future. "I hear from Ryan and Savon, it's fun and playful, it's not like they're putting pressure on me. They know Villanova is a great place, as I know," Jefferson said. "It's always good to hear someone wants you. Those two guys are really good players and to know they would want me to go to war with them is humbling. It is something I definitely think about."

The Hudson Reporter writes, "Speaking of St. Anthony, All-America guard/forward Kyle Anderson out of St. Anthony’s [#10 overall player in the 2012 Class], has narrowed down his possible college choices to Seton Hall, UCLA, St. John’s, Georgetown and Florida. The 2011 Hudson Reporter Player of the Year has eliminated Villanova from contention and that was a bit of a shocker, considering that Villanova and head coach Jay Wright were among the very first to contact Anderson when he was still in grade school. [Editor’s Note: did anyone really think we were in contention for Kyle Anderson?] 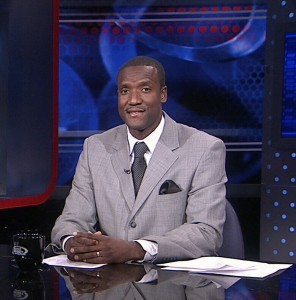 The Star Ledger reports that John Celestand, who stared for Villanova and later played for the 2000 NBA Champion Los Angeles Lakers, has started All-State Basketball, which helps youngsters learn the fundamentals of the game of basketball. Celestand was the Los Angeles Lakers No. 30 overall pick in the 1999 NBA Draft. He later spent several years playing professionally in Italy, France and Germany. Currently, when not working at All-State Basketball, Celestand works as an announcer for ESPN Plus and ESPNU and color analyst for ISP Sports Radio covering the National Big East Game of the Week and MSG Varsity covering high school basketball in the New Jersey/New York City area.

Bleacher Report included Maalik Wayns among a list of ten players that believe will be the nation's leaders in scoring in the 2011-12 college basketball season. About Mr. Wayns they wrote, "The Villanova Wildcats had a solid, yet inefficient scorer last season in Maalik Wayns. He shot an abysmal 39.9 percent from the floor last season, and he really needs to raise that number. Aside from that flaw, Wayns averaged 13.8 PPG and still managed to play over 30 minutes per game. With the departure of Corey Fisher and Corey Stokes, who averaged a combined 30.5 PPG last season, Wayns will be expected to up his scoring average to around 20 PPG, something he is fully capable of doing."

Maalik Wayns and Villanova signees, Daniel Ochefu and Savon Goodman are reported to have attended LeBron James’ Skills Academy in Akron, Ohio this week. Reporting from Akron, Elton Alexander of The Plain Dealer writes, "The 6-11 Daniel Ochefu gets more than his share of dunks, but nice post-ups and defensively intimidates." Evan Daniels of Scout.com writes, "In a class loaded with big men, Daniel Ochefu, a Villanova commit, is a pretty solid one. He won't impress on the offensive end, but he will with his defense."

ESPN's Dave Telep lists Daniel Ochefu and Savon Goodman as standout players at the LeBron James’ Skills Academy. About Ochefu, he writes "For those who pay attention to high school prospects for a living, it's important to note the change in Ochefu. For the first time in a while, he looks healthy. Ochefu changes ends quickly, sets up shop down low and quietly finishes plays with length, a mix of power and a finishing stroke. He's a multi-leaper near the basket and that's to his advantage. His personality and confidence are finally coming through." He says about Goodman, "The terrific athlete has added to his game. Goodman's perimeter skills have noticeably improved and his ballhandling, passing and shooting are better than when we started watching him over a year ago. Goodman made some nice drives to the rim through contact, advanced passes on the break and knocked down a few open 3s with needed time and space. Plus, he still is a terror on the glass and is capable of defending positions 2-4. Goodman is not a finished product by any means, but he is on the right track."

BleacherReport.com published its list of the 100 greatest college basketball players of all time. Despite being honored as one of the NBA’s 50 greatest players of all time, Villanova’s Paul Arizin was only #89 and the only Villanova player on Bleacher Reports of the 100 greatest college players. They wrote, "Paul Arizin checks in as perhaps the unlikeliest of great college basketball players. The Philadelphia-native didn't begin his basketball career at Villanova until his sophomore year, after Al Severance, the coach of the Wildcats team, discovered Arizin at a Catholic Youth Organization game and invited him to come to Villanova which, luck would have it, Arizin already did. Arizin went on to become a collegiate star from there on out, finishing his amateur career as the national player of the year and a consensus First-Team All-American in 1950 with an 85-point game and an unconfirmed 100-point performance to his name." Among those listed ahead of Mr. Arizin were #57 Jameer Nelson of St. Joe’s, #36 John Wooden of Purdue, #22 Tom Gola of LaSalle, #20 Patrick Ewing of Georgetown, #13 Michael Jordan of North Carolina, #12 Magic Johnson of Michigan State, #9 Wilt Chamberlain of Kansas, #8 Larry Bird of Indiana State, #7 Jerry West of West Virginia, #6 Pistol Pete Maravich of LSU, #5 Bill Russell of University of San Francisco, #4 Oscar Robertson of Cincinnati, #3 Bill Walton of UCLA, #2 David Thompson of North Carolina State and #1Lew Alcindor of UCLA.