Share All sharing options for: The Superleague "Nuclear Option" 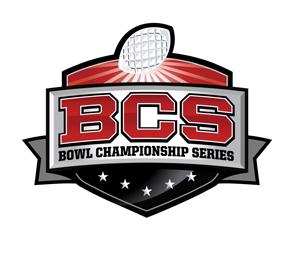 Just a short while ago Kentucky basketball coach, John Calipari was publicly talking about the option of forming a 64 to 72-team "superleague." Calipari's idea was that the upper-echelon of college athletics should split off from the NCAA and form four regional conferences that would support football, but also have a tremendous free-for-all tournament every March.

The impetus for such a split is the fact that there is a divide between the rich and poor in Division 1 athletics. Schools like those in the Big Ten and other BCS conferences can afford much more expense in their programs than the smaller schools of the Northeast Conference, or Big South, for example.

If those power-conference schools were to decide that they ought to provide cost-of-living scholarships or even to pay athletes, it may be impossible to get the approval of the other 250-plus member institutions to change the rules of Division 1 to allow it. The only way to accomplish such a thing might be to split away.

According to ESPN's Eamonn Brennan, that "nuclear option" is being kept on the table. The commissioners and presidents of certain power conferences intend to throw their weight around to get what they want, and if that doesn't work? The Big Ten's Jim Delany says, "then I think it's fair to look at how else you get it."

If it were to happen, hundreds of Division 1 athletics programs will be left behind. There would be no more Cinderella's come March. No more Boise State's in football and no more Butler's in basketball.

What would happen to the Big East's non-football members in such a scenario? Would there be room for Villanova, Georgetown, Marquette and St. Johns in such a league?

Presumably all of the BCS Automatic Qualifier football schools would be included in this scenario. That would give you 68 schools after TCU joins the Big East in 2012 (though Calipari suggested the number could be as low as 64), assuming that the new level of play included 72 schools, as was suggested, there would be room for exactly 4 more schools -- there is no way that all 7 non-football schools in the Big East would have a seat at the table, then.

More so, however, is the question of whether schools without big time football would be included at all. Any such change is going to be driven by changes in institutional directives that are driven by a desire to attract and monopolize top talent, and therefore draw more media interest and generate more money.

The primary financial driver in this scenario will surely be football, however, which is the number-one sport for generating profit at most of the power-conference schools that would be included. Only in the current Big East has basketball been a greater source of revenue overall.

Would the Syracuse's and UConn's of the world, demand that Villanova and Georgetown be part of any new arrangement? Would St. John's provide value as a city school without fielding a football team?

Maybe we should even be asking whether the institutional directives of the Big East's non-football members would allow them to increase expenses for the purpose of providing full-cost scholarships? Could they even afford it?

Villanova, for example, makes a seven-figure profit on basketball, but that is all-but wiped out by the much larger losses taken on by the football program and the 23 other varsity sports that the Athletics Department sponsors. As much as they bring championships and glory to the University, Women's Cross Country and Track and Field are hardly profit centers. Nor is lacrosse, soccer, softball, baseball or any college sport other than basketball and football -- but fielding teams in those sports in a major conference brings a high level of expense.

So, even if there was some support to include schools like Villanova and Georgetown in a "Superconference" future, they may have to decline.

These "nuclear option" scenarios are the stuff of sports-writers' dreams (or nightmares), they provide some Quaker Instant Controversy to spice up the college sports offseason and draw pageviews and attention.

It could certainly happen, but there are too many variables involved for it to happen tomorrow. While paying football players a cost-of-living stipend is an easy decision for Penn State, would they want to spend the same additional expense on their women's field hockey team? Would they have to because of Title IX?

What about those more obscure sports? None of the Big XII schools fields a men's soccer program. West Virginia sponsors only 17 varsity teams. Would an NCAA-competitor with only 64 to 72 member institutions be able to provide the same breadth of sports competition as the 300+ member Division 1? College Hockey, for example would be severely crippled at the major conference schools that sponsor it. Would the NCAA allow schools that split away in major sports to remain members in non-revenue sports?

It may also be possible that rather than splitting entirely from the NCAA, Division 1 could simply split and the power conferences would become a Super-D1, but still play down a division in sports that do not have sufficient participation rates.

None of this has been discussed by the media or by conference officials, however, because the specifics of any such option have never needed to be hashed out. If the move were a simple one to make, the decision to do so or not might also be simple — it is not.

If it were to happen, however, the future of the Big East's non-football members would be in serious doubt. There is a strong chance that they could be left behind, either because they lack BCS-level football programs or because institutional directives or finances may not allow them to tag along.