Who is Nick McMahon?

Share All sharing options for: Who is Nick McMahon? 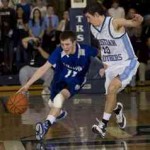 Nick McMahon is a Villanova basketball player, but you haven't heard of him. You haven't seen him play and you definitely haven't discussed him or his potential this off-season. McMahon follows in the footsteps of a long line of Villanova walk-ons, like Tommy Grace, Baker Dunleavy, Ross Condon and Russell Wooten.

Like the walk-ons who came before him, McMahon paid his dues as a practice player before being given the opportunity to suit up with the team and have his name added to the roster (and lets not forget the coveted name-plate on his locker).

At CBA, McMahon won the Shore Conference title in both his junior and senior year, earning himself a starting job as a senior. In his final two years, he became an asset for the Colts team on offense and defense.

He is a currently studying finance in the Villanova School of Business and plans on going into the investment banking field after college. 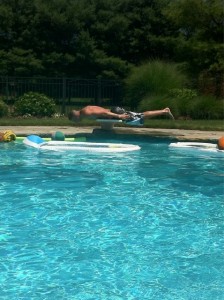