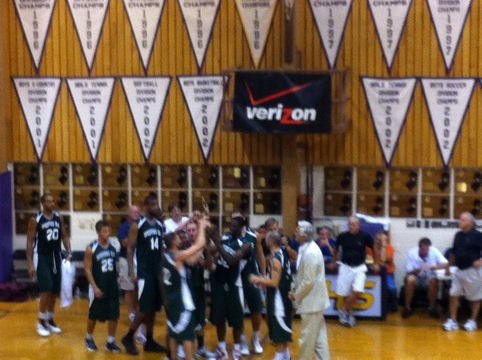 Despite picking up 5 fouls, including a technical, in the first half of the game, Mike Nardi helped lead his Investors Savings Bank team to a 117-112 victory over T&T Coast and the team's first-ever Jersey Shore Basketball League title. The game was a tight one; with three and a half minutes left, the score was tied at 108 points each. Investors Savings took the lead for the last time shortly after that, and pulled away for good in the final minute.

In a game that looked like it might have headed to overtime, Mike Nardi and La Salle Explorers big man Yves Mekongo provided leadership and, more importantly, scoring for Investors. Nardi finished with 23 points and 7 assists, while Mekongo scored a team-leading 27 points and 12 rebounds.

Investors had to battle both T&T's attack, lead by Justin Leith and local legend Jason Westrol, as well as the referees, who were questionable throughout the night. Missed foul calls, ticky-tack foul calls and even one, "inadvertent whistle," that caused an incorrect shot-clock violation to be called and the result in a re-tip-off in the final minute.

That may have helped Investors get an extra possession in the game, however, since the rimmed-out shot prior to the whistle was traveling toward a T&T Coast player. Investors won the tip and La Salle's Yves Mekongo connected on two free-throws to complete the ensuing possession. 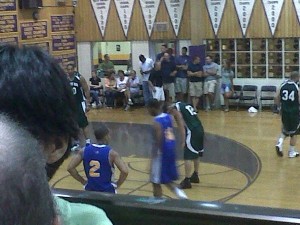 With a little over 6 seconds left in the game, and a 115-112 lead in his team's favor, Nardi was fouled by a T&T Coast player and sent to the free throw line. He wasn't the ideal player to foul in that scenario, however, and the former Nova guard sank both shots to ice the game.

Investors Savings' largest lead of the game was 12 points, but that came early in the second quarter. For much of the game, the score was far closer.

Nardi, who didn't make the All-League team for the summer (likely due to a lack of regular-season appearances, was named the JSBL Playoffs MVP at the end of the game.