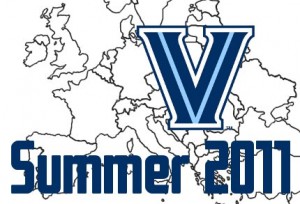 For the second straight day during their stay in Paris, the Villanova basketball team took on the Senegalese Senior Men's team in exhibition play, and for the second straight day, they were on the losing side of the battle. Despite building an early lead in the first quarter, the 'Cats couldn't hold off their opponents for long, and ultimately took a 79-65 loss at the INSEP gymnasium.

On the Experience..."It was like being in a street fight in someone else’s neighborhood. It presented a great challenge for us that I thought our players handled well. Having Mouph in early foul trouble certainly didn’t help us. It forced us to play a lot of the young guys and we had some mistakes at key points."

On the Freshman... "Markus Kennedy stepped in and gave us some quality minutes and so did Darrun [Hilliard] and JayVaughn [Pinkston]. It was a great learning experience. That’s a very seasoned international team that knows how it has to play to be effective. There’s a lot we can learn from this."

On Senegal... "That team was athletic and very long and their experience was very obvious. They knew they were playing against a young team. But that kind of challenge was what we wanted from this trip and these type games can only help our development. We’re looking forward to moving on to Amsterdam and having another game on Friday."

The 'Cats now head to the Euro Jam, where they will face the Senior National Teams of Israel, the Netherlands, and Georgia.

Here is the best information we have for a Box Score... 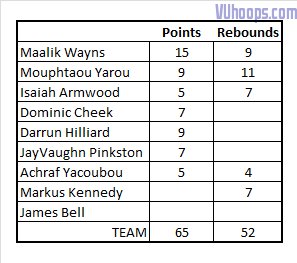