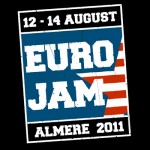 While the basketball team is traveling from Paris to Amsterdam today (making at least one reported waffles-and-chocolate stop in Belgium), the rest of Nova Nation is left wondering what to make of the two losses in Paris to the Senegalese Senior National Team. Senegal was in Paris to prepare for the Afrobasket 2011 tournament that will be held later this month in Madagascar, and had been largely unsuccessful prior to their two games against the Wildcats, losing in three exhibitions to Cote d'Ivoire, Central African Republic and Belgium.

Fouling had been an issue for the 'Cats in two games, giving Senegal a significant advantage at the free-throw line and sending Mouph Yarou, who had been dominant on Tuesday, to the bench for much of the first-half on Wednesday.

Starting tomorrow, the Wildcats will play three games in three days at the Topsportcentrum in Almere, just outside of the Dutch capital. The men's side of the EuroJam tournament will be a four-team round-robin pitting Villanova against the senior national teams of three countries.

ISRAEL: Starting tomorrow at 6:00pm local time (Noon eastern), the Wildcats will face what may prove to be the toughest competition of the trip, FIBA's 27th-ranked team, Israel. They will be lead by Cleveland Cavaliers small forward (and Bar Rafaeli boyfriend), Omri Casspi, who has averaged 9.5 points, 4.3 rebounds and 1.1 assists in his two NBA seasons.

Israel's best performance in International competition was a Silver Medal in the 1979 European Championships, but their recent successes have helped them to climb into the top-30 nations.

Other notable players include combo-guard Raviv Limonad, point guard Yogev Ohayon, guard Yotam Halperin (an All-Euroleague Second Team selection in 2008), power forward Lior Eliyahu and center Yaniv Green. Eliyahu and Halperin were both picked in the second round of the 2006 NBA draft, but have not played in the American league.

NETHERLANDS: The Dutch, whose national color is a Syracusian Orange, will be helped on Saturday (5:30pm tip-off, local time) by a couple of NBA players. Fracisco Elson, is a 7-foot tall center who provides depth for the Utah Jazz, while Dan Gadzuric is a 6'11 forward/center who has been serving as a back-up for the New Jersey Nets.

Both NBA pros bring tremendous size to the Dutch front-line, which may make it difficult for the Villanova bigs to establish themselves. In fact, none of the Dutch starters will likely be shorter than 6-3, and they could start three players that clock in at 6-8 or taller.

Despite their size, however, they are not in the FIBA top-75 nations, a fact that will be of little comfort to the Wildcats as they attempt to adjust to dealing with taller defenders.

GEORGIA: No, the team from the Athens of the southeastern U.S. didn't make the trip to Amsterdam with Villanova. This is the "other" Georgia, the one that is snuggled into eastern Europe near Russia. Adding to the confusion, however, the Georgia team will feature current Atlanta Hawks starting center, Zaza Pachulia.

Pachulia is the captain of the Georgia squad, and easily their most recognizable player. For his NBA-career, he has averaged 7 points and 5 rebounds per game, and shoots an impressive 73% from the charity stripe for a 6-11 center. If Yarou can play well against Pachulia, it will not only be a good sign for his college season, but also for his pro-prospects.

University of Florida notable, Taurean Green (born in Boca Raton, Florida) is also eligible to play for Georgia and has apparently done so in the past. He previously played for the Trailblazers and Denver Nuggets before opting to move to Europe where he currently plays for AEK Athens. There has been no word on whether Green will take part in EuroJam.

EXPECTATIONS: It is unrealistic to expect that a college team with no seniors to dominate even a mediocre senior national team. These international teams are filled with professional players in their mid- or late- 20s and 30s, guys who often have more developed bodies and, often, a lot more game experience than college players.

It is also true that the FIBA rules that these games have and will-be played under are different, requiring some adjustment. Allan Ray has played under those rules for a few years now, and still has issues with the rule changes abroad -- especially the different court-layout.

Nonetheless, victories can be had under these circumstances if the team plays together and concentrates on its strengths. There are no excuses for sloppy play.

What we should get from the EuroJam, is a better statistical look into what this 2011-12 team can accomplish. Though the Paris exhibitions were not subject to official scorekeeping, EuroJam promises to provide box scores and statistics that will allow us to really wrap our heads around the results and extrapolate something from them -- whether good or bad. No more wondering, "what about James Bell?"

Check back with VUhoops tomorrow and this weekend for updates on EuroJam 2011.