The Week In Review (August 13)

Share All sharing options for: The Week In Review (August 13)

We got a good laugh out of an article in TheSportsJury.com last week that (among other questionable observations) labeled Villanova basketball’s "incoming class is average at best." Jay Wright’s European Summer Vacation has, so far, proven otherwise. Reuben Frank of CSNPhilly.com writes, "[In the Senegal match de retour,] Villanova’s vaunted freshman class enjoyed a terrific day. Darrun Hilliard made a splash by making three three-pointers. JayVaughn Pinkston, Achraf Yacoubou and Markus Kennedy each made major contributions. Pinkston scored seven points in the second half, Yacoubou had five points and four rebounds and Kennedy contributed seven rebounds." I thought on the whole ... the young guys did a good job," head coach Jay Wright said. "Markus Kennedy stepped in and gave us some quality minutes and so did Darrun and JayVaughn. It was a great learning experience. There’s a lot we can learn from this." In yesterday’s EuroJam win victory over Israel, Hilliard saw 32 minutes of PT, contributing 8 points, connecting on 50% of his shots plus 3 assists, 6 rebounds and 2 steals. Pinkston played 27 minutes, scoring 4 points and grabbing 1 rebound. [Editor's Note: Add injured super-frosh, Ty Johnson to the mix, and this class may prove to be anything but average.]

Mike Sheridan’s Nova Notebook had this interesting take on Villanova’s play in Paris: "As games go, the one played here against Senegal was hard to get a read on. While the Wildcats certainly would have liked to execute better in what was a 79-65 loss, this was as peculiar a set of circumstances as Villanova has encountered in the decade Wright has been at the helm. None of the officials spoke English - during one break in the action the Senegalese point guard was serving as translator for a conversation between Wright and two of the referees - and there were 58 fouls called by the time the extremely physical contest was complete. Without a public address announcer and no stat crew in the house there was an element of mystery to some of the goings on suitable for a John LeCarre novel. "That," stated Wright, "was about as unique an experience as you could have in basketball. But I thought we kept our composure and can take a great lesson from this." 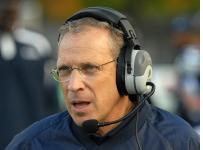 Jon Albert of MainlineMediaNews.com wrote a prolific preview of ‘Nova’s upcoming football season. He writes, "This fall, the Wildcats start few seniors on either side of the ball, leaving a team that is ripe with talent and speed, but light on experience. "We have a lot of holes to fill," said [Coach Andy]Talley. Perhaps the most glaring hole for this team is signal caller. The Wildcats have plenty of quarterbacks on the roster, but Talley has tabbed redshirt freshman Dustin Thomas as the No. 1 QB as the season approaches. Thomas will be aided by the talented corps of wide receivers [including] senior WR Norman White. Senior receivers Dorian Wells and Mikey Reynolds and sophomore Joe Price provide the Wildcats with an excellent aerial threat. Coupled with the youth in the running game – senior RB Mike Doss, expected to be the starter. "I’m not sure yet what we are going to be offensively," said Talley. "I don’t think we’ll have the running game we’ve had, just because of the loss of the linemen up front. That being said, if we don’t have a running game, we’re going to be in a bit of trouble because we have an inexperienced defense that we can’t be leaving on the field all game."

[On defense,] Villanova will continue to run a 3-3-5 formation this season with an emphasis on speed in the linebacking corps and the secondary, but their defensive line might be the most impressive part of this team’s defense. Talented underclassmen with starting experience, like sophomore noseguard Antoine Lewis, junior DE Marlon Johnson, and sophomore DE Rakim Cox all return and should wreak havoc on opposing offenses "[With the linebackers], we just have to wait and see." said Talley. "We’re going to be young and inexperienced, but we’ll be fast." Senior defensive back and co-captain Jimmy Pitts, a first team all-CAA preseason selection, anchor the Villanova secondary. Returning starters include juniors Eric Loper and Ronnie Akins, with two spots up for grabs between sophomores Leighton Dennis and Craig James, and redshirt freshman Shane Harris.

Talley understands that recent success surely has Villanova fans clamoring for another deep playoff run. And while he would love nothing more than another CAA title, his realistic expectations for this season should excite Villanova football supporters for the long-term future as well." We lost so many really terrific football players last season," said Talley. "I’m hoping that this team can be competitive quickly. This team doesn’t have a lot of seniors. A lot of our strength is with the younger players underneath. Our success is going to be determined by how quickly that talent level adjusts and says ‘It’s our time’. It’s a big question." 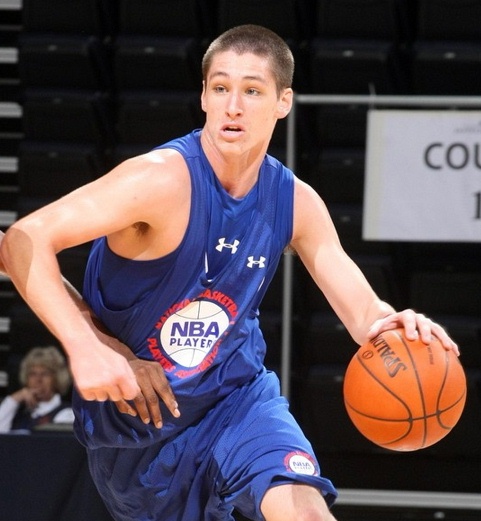 ESPN recruiting analyst, Paul Biancardi, lists nine ESPNU 100 players in the 2012 class who have one specific skill or trait that exceeds the rest of their peers. Villanova recruit, Ryan Arcidiacono, makes that list in an area that will warm the hearts of Villanova fans everywhere -- his competitive drive. Biancardi writes, "Tough and gritty are two words to describe the future Villanova point guard [Ryan Arcidiacono]. Each time he steps on the floor, it is easy to see no one wants to win more than him. Every possession -- whether it's a practice, camp setting or all-star game -- is important to him and it shows. What makes him special is he never turns it off during a contest, regardless of the score." 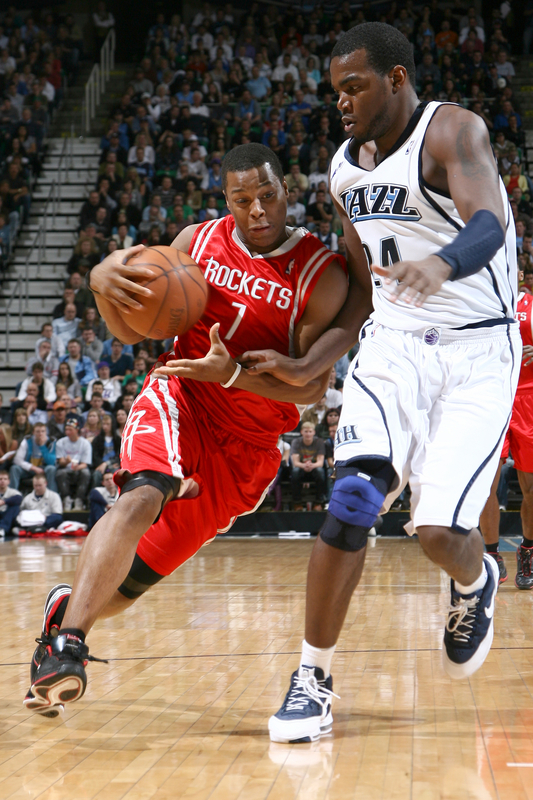 For all those Kyle Lowry fans out there, Aggrey Sam of SlamOnline.com wrote an extensive feature (and by that I mean, go get a beer … this will take a while) on ‘Nova’s former point guard and current star of the Houston Rockets. He writes, " I’ve always loved [Lowry’s] game, going for full-tilt for 32, then 40 and now 48 minutes and refusing to let any opponent outwork him, no matter the size differential. One Philly memory I’ll always have was watching the "Holy War between Villanova and St. Joseph’s at the Palestra and seeing him outright bully 6-10 St. Joe’s forward Pat Calathes, despite being almost a foot shorter. [When] Curtis Sumpter suffered a tragic ACL injury, Jay Wright had to insert Lowry into the starting lineup. The unconventional four-guard set was wildly successful in leading the Wildcats to the Big East chip and the Elite Eight of the NCAA Tournament, where they fell to eventual champion Florida. But while the change cemented Villanova’s resurrection—Jay Wright was regarded as being on the hot seat not long before then—Lowry’s attitude adjustment and dynamic play was just as personally impactful.

[When I arrived at Villanova,] I was still one of those head cases, still looked at the world like everyone’s against me. I just changed my mentality. Me and Coach Wright, never talked about basketball. We would only talk about being a legit man, being accountable for all your decisions and mistakes, and I started to learn that everything I did was representative of my mom, my grandma, how I grew up. I’m coming from North Philly, in the hood, so I always had to do what I had to do to survive and that’s how I play. I just think me growing up fast at ‘Nova from talking to Coach Wright almost every day about being a man, being legit and helping me, having good teammates around me, Randy Foye, just learning and understanding that life’s tough and you’ve got to be a man."

Given the starting nod [last season for the Houston Rockets], Lowry exploded in the second half of the season and is now firmly established as a team leader. [Kyle’s aggressive style of play leads many a scout to describe players (for example, current Villanova point guard Maalik Wayns, who Lowry’s taken under his wing) as having "Kyle Lowry characteristics" that typifies the tough, physical mentality of that city—he still plays with the same moxie." 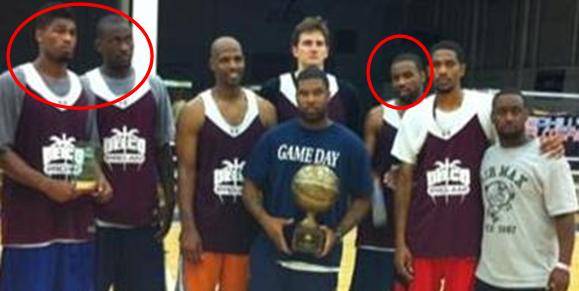 As reported earlier this week by Brian Ewart of VUHoops, former Villanova players Reggie Redding, Antonio Pena and Frank Tsuichi teamed up to win the Delco Pro Am tournament in Philadelphia. Ryan Feldman of CSN Philly.com writes, "One last time before they go off into their professional basketball careers, Antonio Pena and Reggie Redding went out on top. After playing together for three years at Villanova, [they] got to spend the summer playing on the same team together once again, Omega Medical, in the Delco Pro-Am league. Sunday night gave them one last opportunity to win a championship together. And they certainly made the most of it. With just 3.4 seconds remaining in a game tied at 59, Redding drove into the lane and kicked it to a wide open Pena in the right corner, who drained the three-pointer to give Omega Medical a 62-59 lead. What made it extra special was that Pena, Redding and fellow former Nova teammate Frank Tsuichi edged out a T.Y.G.T.A.L. team that included three former Temple players – Tyndale, Mardy Collins and Dustin Salisbery. This was the first championship-winning field goal Pena ever made in his basketball career. It was a bittersweet moment for Pena and Redding, who played three years together under Jay Wright but never won a Big East Championship or a National Championship."

Brian Ewart also reports, "After a few years of playing abroad in France, Belgium, Germany and Greece, Curtis Sumpter told the Philadelphia Inquirer that he was ready to take another run at the NBA. Sumpter previously played for the Denver Nuggets’ summer league team after college and even went to camp with the Los Angeles Clippers, but didn’t make the roster with either team. He now feels like the D-League might be a good opportunity for him to show off what he can do."

With a hat tip to VUH's Brian, FanFeedr.com reports that former Villanova linebacker star, Darrel Young, has accomplished the impossible – learning a new position at the NFL level. Young was signed as an undrafted free agent by the Washington Redskins. "Now he could be the Redskins’ answer at fullback, with Mike Sellers seeing action at tight end and H-back. On the team’s first unofficial depth chart, Young was listed atop the depth chart at fullback." It’s a dream come true, but I'm still learning," Young said after a recent training camp practice. "Mike is still teaching me a lot even though he's moved to tight end right now. It's just the process of learning right now." Said head coach Mike Shanahan: "Darrel is a very smart kid. He is a very dedicated guy and when I looked at him on film I thought he was a great hitter...He has done a good job for us. He's getting better every day." One area of strength for Young has been his physicality when run-blocking. As a former linebacker, he loves to unload punishment on defenders." It’s always fun to initiate contact, that's the best part," he said with a smile. "Lead blocking on a linebacker, versus him and me in space? We'll see who's tougher."