The Week in Review (August 27)

Share All sharing options for: The Week in Review (August 27)

In the big story of the week, Brian reported on Saturday that "Savon Goodman, who had previously given his verbal commitment to play for Villanova, has reopened his recruitment and will listen to offers from other schools. Philly.com reports, " Goodman must have had some serious second thoughts. He decommitted from the Wildcats on Monday and transferred from the Academy of the New Church to Constitution High two days later. Constitution coach Rob Moore acknowledged that he was aware of Goodman's decommitment from Villanova. A source close to the situation said that Goodman called Jay Wright on Monday to discuss his change of plans. The source did not disclose a reason or provide a list of possible destinations. ESPN recruiting analyst Dave Telep reported that Kentucky, Kansas, Louisville, Texas, UCLA, and Arizona are among many possible destinations. The Philadelphia Daily News reports, "The sources described the situation as being "very complicated." The cell phone for Goodman's aunt, Heather, has been disconnected. There is no word on how much communication there has even been between Goodman and Villanova of late, and some have suggested that a third party could actually be involved. There's also speculation that Goodman won't be returning to ANC this year because of his academic standing. And that he might not be able to start college until 2013 instead of 2012." [Editor's Note: its been a tough stretch for Jay's Cats, losing Isaiah Armwood and Savon Goodman in successive weeks.] 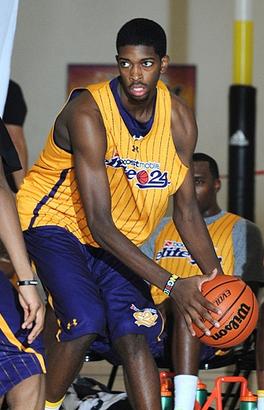 On the left coast, far from Irene’s wrath, the Boost Mobile Elite 24 gets underway tonight at 7 PM ET in Venice Beach, CA. The game will be covered on ESPNU, and features 24 of the top high school basketball players from across the nation as selected by ESPN High School basketball based on their performance during AAU tournaments and national summer camps. The roster includes a few players of keen interest to ‘Nova fans – Savon Goodman, Amile Jefferson and Nate Britt. In previewing the game, ESPN wrote about 'Nova de-commit, Mr. Goodman, "[Goodman] kicked off his summer with a standout performance at the Pangos All-American Camp and led the Nike EYBL in field goal percentage (.714) during its regular season. Known for his team first attitude, Goodman is one of the nation’s better defenders and an underrated scorer." About ‘Nova 2012 target, Mr. Jefferson, ESPN writes "A smooth offensive player … it seems as if Jefferson coasts at times but his peers will tell you he’s one of the toughest checks in the country. He proved it this summer when he led the NBPA Top 100 Camp in scoring (20.8) by a fairly wide margin and did not miss a shot in the Pangos All-American Camp Top 25 All-Star game." About ‘Nova 2013 target, Mr. Britt, ESPN writes, "Whatever it takes to win, Britt is willing to do. Britt excels in pick-in-roll situations and when his jumper is on, like it was at the NBPA Top 100 Camp, he’s nearly unstoppable." 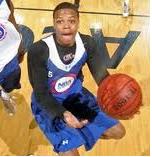 ESPN Rise reports from Venice Beach that Nate Britt, has given ‘Nova 2012 target, Amile Jefferson, a new nickname as the two have gotten to know one another at the Boost Mobile Elite 24. Britt nicknamed Jefferson "The Silent Assassin," explaining, "You can go through a whole game with Amile and almost forget he’s out there because he’s just laid back. but when you look at the box score you see that he had 20 points and 10 rebounds. He’s the 'Silent Assassin' because he just kills you without you even knowing it."

Brian reported on Wednesday's opening day of classes, staff and students enjoyed a picnic at the Villanova Quad. Little did they know the highlight of the event would be a surprise flash dance mob choreographed by Fr. David Cregan that featured among its dancers President Fr. Peter Donohue, Jay Wright. We saw the iphone video, but IgniteChangeGoNova.com posted the professional version, with a much clearer view of Jay Wright strutting his stuff.

The critical reviews of Jay’s dancing skills were quite mixed. The BusinessInsider writes, "the dancing may have been choreographed , but the sheer whiteness of Wright’s dance moves are 100% him." CBSSports.com writes, "We've got about a few more months before this flash mob fad fades out, but if you notice an increase in the activity in the next few weeks, just credit Jay Wright. The man dictates trends. Years down the road we may look back at flash mobs as the first sign the aliens sensed vulnerability, but it's clear Jay Wright wins again." Phillymag.com writes, "This probably won’t help [Jay's] image much, but can’t be worse than getting stomped out by a Chinese player during international play, right?" Jeff Eisenberg of Rivals.com writes, "Have you ever begun a project at work that you knew would be an embarrassing failure even as your boss was describing it to you? That had to be the emotion Villanova coach Jay Wright experienced when someone told him he was going to participate in a flash mob dance routine on campus as part of the school's Welcome Week festivities. Wright wasn't terrible, but he falls squarely in the middle of the pack among coaches with a history of dancing in public, behind Marquette coach Buzz Williams' sideline hip-hop dance." Deadspin, not surprisingly, took the hardest shot, writing, "There is way too much material here not to make fun of a school I was once proud to say I go to. I don't know what is more embarrassing, this or the our epic fail at the end of last year for basketball." 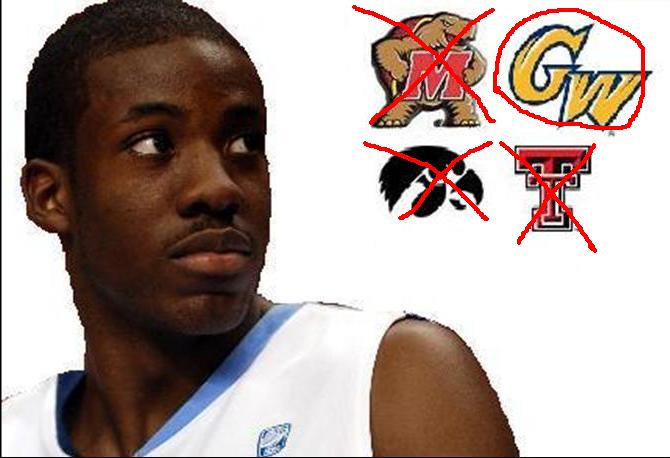 After transferring from Villanova last week, Isaiah Armwood didn't waste any time in finding a new school. The Baltimore Sun reported that Isaiah committed to George Washington on Wednesday night. "[George Washington] just kept sticking in my head more than any other schools," Armwood said Thursday. "It just came down to a decision I had to make that was best for me. GW is what was best for me. The campus, it was not too far from home. And GW is a great school. I came from a great school in Villanova as well. That always stuck in the back of my mind. Coach Lonergan, he doesn’t want to limit his players," Armwood said. "[His players] can just express everything they can on the court. With this year off, it’s just an opportunity to expand my game even more." What are GU fans saying about their latest addition? A sampling of reader posts on Colonialhoops.com include: (NBA Colonial writes, "I can't tell you how happy this move makes me as a GW fan. I truly believe Isaiah Armwood will have a very strong impact on this program, and yet I think the best part about this entire situation is it gives us a true pipeline now into Montrose Christian." Free Quebec writes, "Even if he can't step up the scoring, sounds like we will really benefit from the leadership." Top 68 writes, "I suspect he will be practicing this year and being the captain on a top 25 ish team should provide some invaluable experience to the guys in practice from his experience in the Big East." 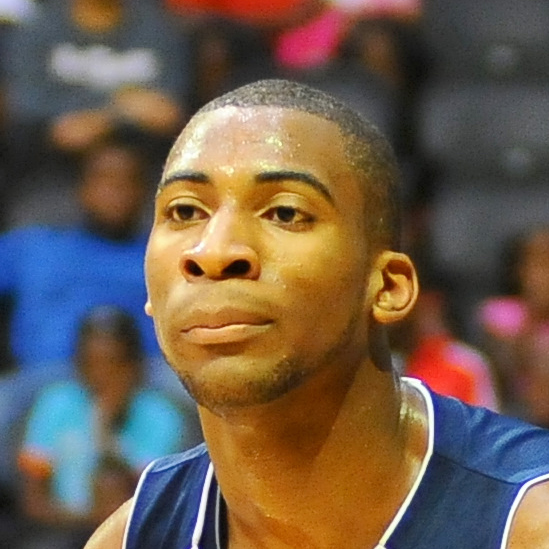 ESPN reports that Andre Drummond, a 6-foot-11 center from Middletown, Conn., who was expected to attend prep school this year, has instead said he will play basketball for defending national-champion Connecticut. Drummond is considered one of the top prospects in the nation. He confirmed with a posting on his Twitter account Friday that read, "It's official I'm heading to the University of Connecticut to be a husky this year! Do I hear repeat." [Editor's Note: It is amazing what Calhoun can do with no available scholarships!] 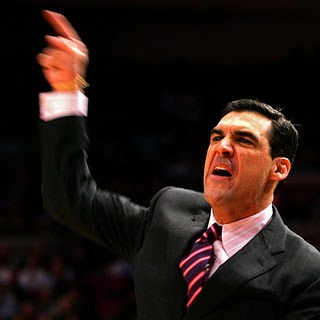 Jason King of Yahoo Sports labels Villanova a "loser" on their recent European trip. He writes, "The Wildcats went just 1-4 in France and the Netherlands, although it should be noted that Jay Wright’s squad didn’t play a bunch of patsies. Villanova played two games against the Senegalese National Team and also faced the national team from the Netherlands. Mouphtaou Yarou more than held his own against top-flight competition, but after the last game, senior captain Isaiah Armwood informed Wright of his intentions to transfer. Talk about ending on a down note."

BleecherReport.com writes, "After years of being decimated by early NBA departures, the power forward position could be in for a renaissance at the college level next season. Ohio State’s Jared Sullinger and Kentucky's Terrence Jones headline one of the best crops of post players college fans have enjoyed in a long time. ‘Nova’s Mouph Yarou weighs in at # 11 with this commentary: "The definition of a raw talent, Mouphtaou Yarou had one of the ugliest offensive games in the country last season and still managed to score 8.4 points a game. What kept him on the floor, though, was his outstanding toughness, averaging 6.9 boards and one block per contest. Yarou doubled his scoring and rebounding outputs from his freshman to his sophomore season. His scoring could take nearly that big a jump again now that the Wildcats won’t have Corey Fisher and Corey Stokes eating up shots on the outside."

The GloucesterTownshipPatch.com writes, "Enjoy some nail-biting, exciting college football action as Temple takes on Villanova in the 2011 Mayor’s Cup Sept. 1. The Mayor's Cup game has become an exciting tradition here in Philadelphia. Whether it's on the field or on the court, Temple-Villanova is a great rivalry. Both fan bases are passionate, and the last two Mayor's Cup games have come down to the wire. It's a good way to see how different kinds of fans cheer. Temple fans have no problem expressing their dislike when things don't go our way. Villanova fans seem incapable of raising their voice. I should confess that I am a tad bit biased and from Temple's Class of '00."