Share All sharing options for: The Week In Review Finale (September 3) & Reader Poll 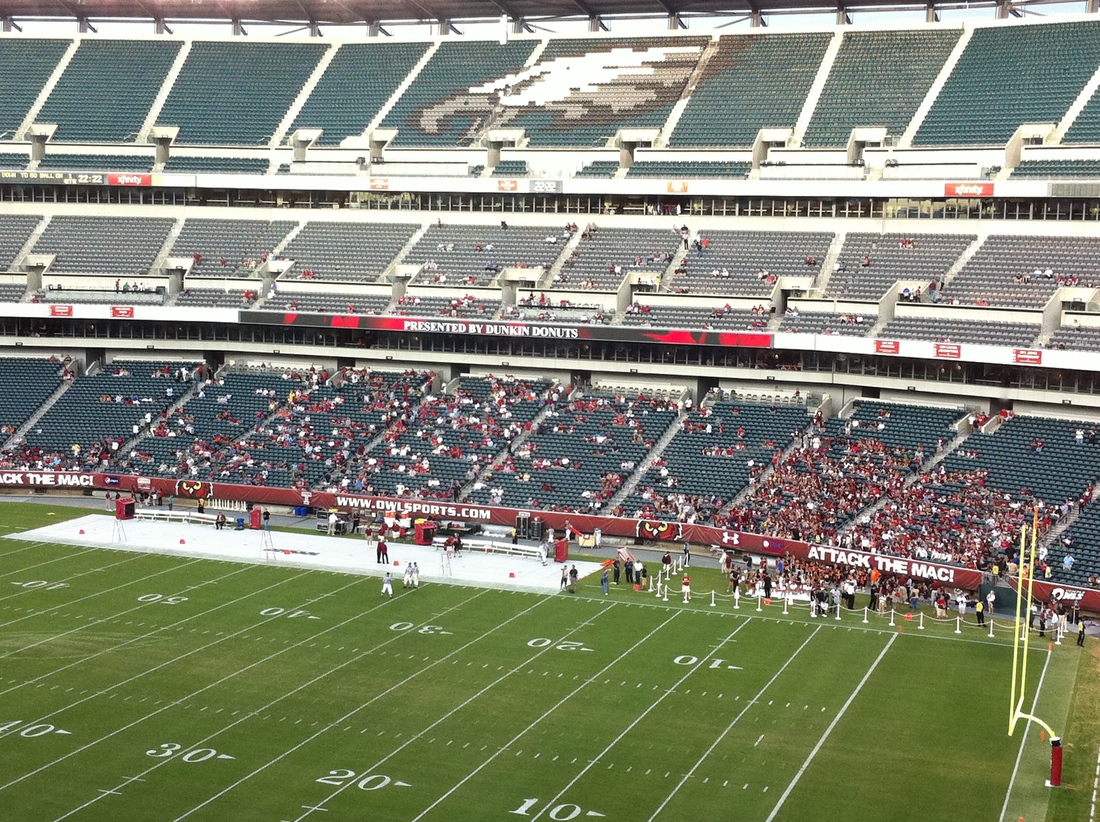 Small Crowd & Thumping By Owls A Cause for Reflection? … The DelcoTimes writes, "Minutes before kickoff Thursday at the Linc, the first and most important warning signal had to have hit the football people of Villanova. By halftime of a 42-7 loss to Temple, the rest of them had to have stung, too. Serious-level college football in the Philadelphia market, it was becoming clear, is not to be tried by the timid. That is the decision Villanova is facing. But if Nova was nervous about such a move, then everything that unfolded Thursday had to increase the teeth-chattering. For not only were the Wildcats outplayed and outmuscled by a Division I-A mid-major, there also was something else impossible to ignore: A small crowd (32,638) by BCS standards. "I think this is pretty good," Nicastro said, surveying the scene. So this wouldn’t be an SEC crowd, but this would be a solid crowd at a lot of places that play a pretty high level of football." Villanova soon may wind up in a big-things football conference, perhaps at PPL Park. But a 35-point spread and 1,000 times that many empty seats screamed one thing Thursday: Be careful. Be very careful."

Captain Sullivan Leads Britain … The Telegraph in the UK reports that Great Britain will field men’s and women’s basketball teams in the 2012 Olympics in London for the first times since 1948, which was the last time the event was staged in London. The team captain is ‘Nova alum, Andrew (Drew) Sullivan. London-born Sullivan, now 31, says, "As sportsmen and women, just to have made it to the Olympics as home nation is a once in a lifetime opportunity. But even so, not one of us will be satisfied if we win anything less than gold." Sullivan was one of the first players to answer the call when the GB national program was launched five years ago and has captained the squad ever since. He was part of the England team that won the bronze medal in the Commonwealth Games in Australia in 2006, and in 2008 led a brilliant campaign in which his side qualified for the 2009 Eurobasket finals in Poland. "I’ve won more than 30 caps for England and have always enjoyed representing my country," says Sullivan. "Joining the GB team was, for me, the next logical step." After graduating from Villanova, Sullivan played professionally for Dutch side Eiffel Towers, and then moved to the British Basketball League playing two successful seasons with the Newcastle Eagles. Since then, he has played for Joventut Badalona in Spain and Mons in Belgium, and enjoyed a short stint in the highly competitive Russian league with CSK VVS Samara.

Chambers Already a Fan Favorite at Penn State … ESPN’s Dana O’Neil writes, "From stumping at alumni events to rolling around campus in a golf cart handing out free T-shirts to strategically positioning himself during freshman move-in day, [former Villanova Assistant Head Coach] Pat Chambers has been equal parts relentless and tireless in his effort to sell Penn State basketball. "When you walk away from him, you're excited about what's next for this program," athletic director Tim Curley said. "And it's very important to set that tone. It's about the overall presentation of the program and letting people know what our expectations are."

UConn Skirts NCAA Punishment … "ESPN confirmed this week that "6-foot-11 star recruit Andre Drummond has enrolled at Connecticut and been added to the roster of the men's basketball team. He's 6-foot-10, has a massive 7-foot-5 wingspan and already has the bulk (currently listed at 275) to play in the middle. Drummond also possesses explosive athleticism and quickness for a big man. Pair his size and athleticism together, and you have the makings of an elite NBA prospect. Connecticut has no scholarships available after losing three to NCAA rules violations and a poor academic performance rating. Michael Bradley has volunteered to give up his scholarship and apply for financial aid, sources with knowledge of the situation told ESPN.com's Andy Katz. The 6-10 Bradley would play as a walk-on." CBS's Gary Parish writes, "Is a player who once lived in a group home in Tennessee really giving up his scholarship at Connecticut so he can pay out-of-state tuition? The scholarship losses are supposed to punish UConn. But UConn hasn't been hurt at all. The only person really affected by this is a kid who spent part of his youth in a group home, and that seems ridiculous on lots of levels. Since the moment Calhoun's program went on probation for major recruiting violations, he has (a) won a national championship, (b) lured a surprise commitment from Class of 2011 star DeAndre Daniels, (c) lured another (and even bigger) surprise commitment of Andre Drummond, (d) essentially got his athletic director fired (Calhoun disputes this, I know, but it's accepted as reality in basketball circles), (e) taken a scholarship away from a player with a humble background, and (f) learned that the three-game suspension that highlighted his slap-on-the-wrist punishment will be served during games against St. John's, Seton Hall and USF." [Editor’s Note: This makes a mockery of NCAA sanctions.]

Working Retirement … Associated Press reports, University of Connecticut basketball coach "Jim Calhoun, 69, informed university president Susan Herbst that he will coach this coming season. Herbst did not comment, but she has said in the past that she told the Hall of Famer that she loves having him in the job and praised his achievements as a coach and philanthropist." [Editor’s Note: Would you retire if you just signed Andre Drummond?] 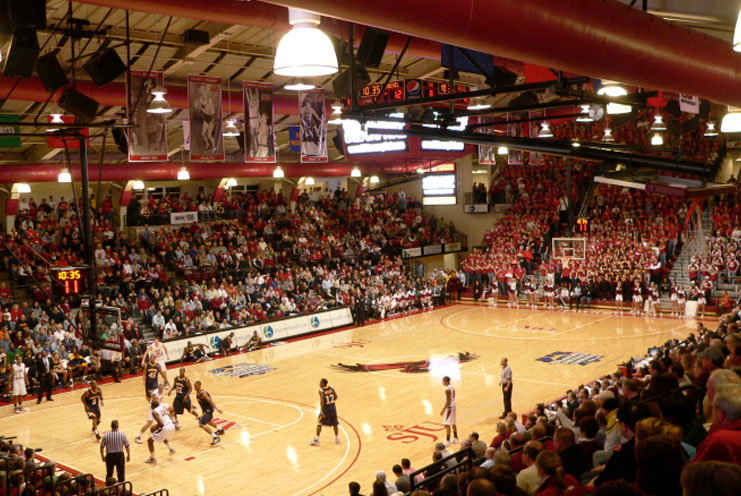 Can The Hawk Rise from the Ashes in Hagan Arena? … The SportingNews reports that "St. Joseph's coach Phil Martelli, in an effort to rebuild the Hawks and create more of a home-court advantage, announced Thursday that he's bucking tradition and moving games vs. Big 5 foes Temple and Villanova out of the famed Palestra and back to campus. "It's a way to get people to sit up and pay attention again." St. Joe's will play Villanova at the newly refurbished Hagan Arena on Dec. 17 and will face Temple there, too. The coach said it's not a permanent move, but school officials would reevaluate the decision after this season."

And That’s The Way It Is, September 3, 2011 … After five months of scrounging up morsels of Villanova-relevant sports information to fill the void between the end of basketball and the start of football, this week’s post represents the last of 2011’s The Week In Review series. Have a great Labor Day weekend. We will see you again in The Week In Review next April!