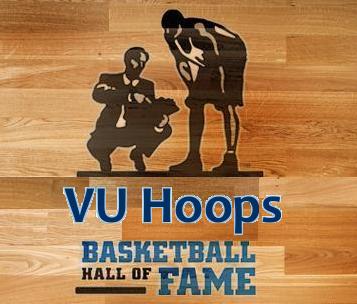 As we announced yesterday, the polls are now open for our readers to select the 2011 inductees into the VUHoops Basketball Hall of Fame. As you undertake the serious business of deciding how you will allocate your HOF votes, bear in mind that the NCAA made significant rule changes over the years that make statistical comparisons of players across generations difficult. The introduction of permanent freshman eligibility in the 1972-73 season , the shot clock in the 1985-86 season and the three-point line a year later revolutionized the game and dramatically increased scoring. Had Scottie Reynolds, Villanova's #2 all-time leading scorer, played under the rules that existed in the days of Howard Porter, we estimate that Scottie's 2,222 points would have dropped by 44% to 1,242 vs. the 2,026 points scored by the Geezer. To understand our math, click on the link: "Scottie's Stats Under Howard's Rules."

On behalf of the Hall of Fame Nominating Committee, I am honored to present the slate of 2011 Nominees. The biographies of each nominee and the voter ballot follow. Remember to vote for TWO nominees. Use the comments section to argue the case for your favorite candidates and to call out any deserving nominees that you feel were overlooked by the Nominating Committee. 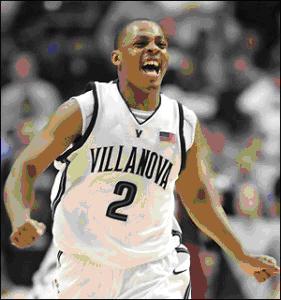 Larry Hennessy… 6′ 4″ shooting guard … played from 1950-53 … excellent passer and rebounder … scored 1,737 points (#12 all-time) in 75 games (23.2 ppg; #1 all-time) in only three varsity seasons … on Feb. 14, 1953, scored 45 points against Boston College ten days after scoring 44 points against Canisius; only Paul Arizin and Bob Schafer scored more points in a single game for Villanova.… led his freshman team to an undefeated season … was a three time All-American selection … during the 1952-53 season, led the nation in scoring average going into the last game of the season … played professionally in the NBA for the Philadelphia Warriors in 1955-56, and for the Syracuse Nationals in 1956-57 … inductee into the Villanova Hall of Fame … his #14 jersey hangs from the rafters of the Pavilion.

Jack Kraft (1961 – 1973) Over 12 seasons as Head Coach, Kraft compiled a 238–95 record (.715). He led Villanova to the NCAA Tournament six times, and five times to the NIT. Only once did Kraft’s teams fail to earn a post-season bid, in his final season. The 1971 team, led by Howard Porter, reached the NCAA Championship game, and lost to UCLA at the height of the UCLA dynasty. Kraft was inducted into the Big Five Hall of Fame in 1987.

Wali Jones … 6’2″ point guard… played from 1961-64 … scored 1,428 points (#27 all-time) over 85 games (16.8 ppg; #11 all-time) and 233 assists (#30 all-time; 2.7 apg) in only three varsity seasons … crowds would often leave when the Cats were leading in the final minutes, knowing the sure-handed Jones would single-handedly run out the clock … Sports Illustrated wrote in 1964 "with quarterback Wali Jones shouting secret signals to bewilder the opposition, and a magnificent defense of its own, Villanova has become the best basketball team in the East … it is safer to put your head in an electric fan than to drive on Villanova with ball-hawking guards Wali Jones, George Leftwich and Bill Melchionni appearing to have four hands apiece" … voted Villanovan of the Year by the student body … drafted by the Baltimore Bullets as the #18 selection overall and named to the NBA All-Rookie Team … traded to the Philadelphia 76ers in the 1965-66 season, where played for the next six years … started a point guard on the 1966-67 Philadelphia team that also featured Wilt Chamberlain, Chet Walker and Billy Cunningham and went 68-13 and dethroned the eight-time defending NBA champion Boston Celtics … later played for the Baltimore Bullets, Detroit Pistons, Milwaukee Bucks (where he played with Kareem Abdul Jabbar and Oscar Robertson) and Utah Stars…averaged 9.8 ppg and 3.1 apg in 23.2 mpg … inducted into the Big Five Hall of Fame in 1973.

John "Jake" Nevin (1929- 1985) served as Trainer for Villanova University athletic teams for over 50 years until his death in 1985. A great trainer, Nevin is perhaps better remembered as a beloved character and a practical joker cast in the shape of a leprechaun. One former player, Jack Devine, told one of the all-time great Nevin yarns at the dinner celebrating Jake’s posthumous induction into the Big Five Hall of Fame in 1985. Recalled Devine, "During a train trip to an away game, Nevin kept telling [Coach] Severance he looked flushed and not at all well. Nevin then stuffed several bricks into the Severance’s suitcase. ‘Maybe you’re right, huffed "The Squire," as he struggled onto the platform at the end of the trip. "I am so weak I can barely lift my suitcase." During Villanova’s 1985 NCAA basketball playoffs, Nevin, then using a wheelchair and suffering from Lou Gehrig's disease, inspired the 1985 Villanova Wildcats basketball team during their run to the NCAA Championship. Craig Miller writes in The Year of the Cat, "With ten seconds remaining in the 1985 NCAA Championship game and ‘Nova holding a 65-62 lead, sophomore Harold Jenson walked to the side of the Villanova bench and kissed the balding head of Jake Nevin saying, ‘This one’s for you.’ Dwayne McClain would later say, "That’s when I knew we had it." In late 1985, Villanova renamed the Villanova Field House in his name and retired basketball jersey number 1 in his honor.