It might be over. The Big East conference was so positive about it's future a few months ago, and it seems that Texas A&M's move to the SEC has thrown the Big East into a new era of uncertainty. The latest potential prat-fall for the conference? The ACC, worried about being picked apart in the current round of expansion itself, has had talks with Syracuse and Pittsburgh, according to the New York Times.

The Times was not able to say how serious the talks were or what sort of timetable the ACC was working on. Much likely depends upon the outcome of meetings being held on Monday at Big XII schools, Oklahoma and Texas.

If the Big XII breaks up, it likely means that one or more of the other six BCS conferences will expand to reach 14 or 16 football members, and that can re-shuffle the deck in all of the remaining leagues. It is still too early (with too many possible permutations of what could happen) to say where this process will leave college sports.

It will almost certainly alter the future of Villanova athletics forever. 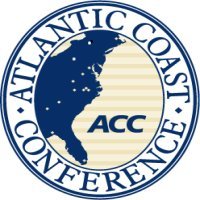 The ACC could become a dominant eastern conference in both basketball and football, and the Big East will have to go back to the drawing board to try to either survive or disband. The non-football members will have the fewest options, however. For the Catholics (other than Notre Dame), they will have to either create a new hoop-centric conference comprised mostly of small schools, or disband to join other conferences such as the Atlantic-10.

That would ultimately lead to a decrease in revenue, since the lack of affiliation with BCS football schools will hurt the television value of the conference. The hoops-centric conference would be a mid-major financially, and in time, as programs adjusted to the new realities of their lessened revenue streams, it would become a mid-major on the court as well.

For the non-football schools, a lack of exposure could hurt admissions recruiting. Top students, like those who enrolled in droves at Villanova after the 2009 Final Four run, might be less interested in a school that doesn't have a big time athletics program. Not only that, but decreased exposure could also harm alumni relations, and lead to a decline in participation rates and overall donations to the school.

Georgetown and Notre Dame are, perhaps, a bit more insulated from the possible negative academic effects than the other Big East Catholic schools. For the rest, however, the prospect of losing the Big East as we currently know it is a very scary one.

Nothing but money and lack of options, however, can stop the football schools from stabbing each other in the back to get out.

Update (10:30a): According to sources (and confirmed by CBS Sports), Pitt and Syracuse initiated the talks and have submitted official letters of application to the ACC.

The ACC also recently increased it's withdrawal penalty to $20 million.

*Vote in our poll about conference affiliation.