Share All sharing options for: Is Nova's Foresight Nearsighted?

Update (1:04pm): Maybe we were hasty in pushing this out there? Mike Jensen issued the following tweet, "My quote was from earlier in week when the Big12 was falling apart. A lot changed." Signaling that, perhaps, a quote from Terry Toohey at the DelcoTimes was more accurate on Villanova's current position. His source in the Big East stated that, "Villanova is committed to making the move up for football." Original post follows: 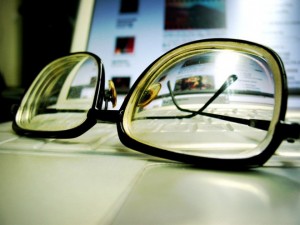 If we have learned anything from Expansion Apocalypse, it has been that the major players in college sports going forward will be the schools that play football at the FBS level. Sure, Butler has been a nice story the past few years, but with more and more money and power being concentrated among the few schools that reside in power conferences, it is becoming dramatically more important to have a seat at the table to secure one's future.

With the Big East on the verge of collapse, Villanova was faces with a harsh reality: there was no safe, comfortable, major conference home for its basketball program. Though the 'Cats have one of the best brands in the sport and a major television market surrounding campus, they were barely a blip on the ACC's radar and not a blip at all for the other major conferences.

Yet, administrators reportedly now approach the football upgrade issue with non-committal statements and noted "caution." It is wise to be cautious in many situations, but sometimes caution can kill you.

Rather than taking an "aggressive" and "strategic" stance toward athletics as the university promised in it's statement, they are trying to press "pause" and delay their commitment. Why not just say, "yes, we would like to upgrade football to join the Big East and we believe we can and would like to be involved in discussions about the future of the football conference?"

Villanova has presented an image of hesitation, uneasiness and timidness that does not bode well for their perception among football-playing members as a potentially strong partner. Instead of saying to the world, "Villanova Can," or "Villanova Will," the university shouted a resounding, "Maybe."

Igniting change takes risks, and often, leaps of faith. Villanova has to believe that the Big East is the right place to raise up their football program and they need to take the risk to do so. There won't be another chance, and when the next Big East stumble and crumble occurs, Villanova will be on it's way to decline.

Instead of demanding the national attention and spotlight, Villanova is hiding backstage.

The Big East, even in it's crippled state is still a BCS automatic qualifying conference, at least until the BCS contract expires in a few years. In all likelihood, however, there will still be six conferences with an automatic bid (for legal reasons) to the BCS after that point, and the Big East will be in good position, no matter what teams are lost, to retain that status.

If Villanova does not make the most of it's chance, that chance might just go to Temple, a larger state school that could easily take access to a BCS conference and use it to gain local popularity and strength — possibly overtaking Villanova's popularity in Philadelphia. If Temple succeeds where Villanova was afraid to, then the 'Cats might as well have left the Big East to join a mid-major basketball conference like the Atlantic-10.

Villanova has one final opportunity to sell, not just Villanova football, but the strength of the university itself. Strength to overcome adversity, strength of community, strength of spirit, will and yes, of the athletes themselves. This is no time to present an outward facade of caution, present one of strength.

None of this is about what is right for Villanova now, it is about where Villanova hopes to be in 5, 10, or 30 years. The worst mistake Villanova ever made was to turn down the opportunity to join Big East football in 1997. Had Father Dobbin made the opposite call back then, it is possible that Villanova basketball would be abuzz about games against Duke and UNC right now instead of Pittsburgh, or at least next on the list instead of UConn or Rutgers.

To Villanova administrators: Get off the back bench and get involved. This is the last chance to try and secure the next thirty years of Villanova's future, athletically, academically and financially.

It is time for a strong statement from the University on football. Say you want it. Say that you can do it. Push your chips to the center of the table and dare them to call.

Without that, Villanova is just waiting to become irrelevant.

Updated (10 am): From what I can piece together, I believe that the university's position on this issue can be paraphrased like this: "We believe we can play football at the major conference level and would like to do so, but we are worried that the Big East could cease being a major conference or just plain fall-apart in the next year or two. Villanova does not want to commit to upgrading without some level of confidence about the stability of the Big East Conference."

EDITOR'S NOTE: The above is not an official statement from Villanova, it is rather an attempt by this author to construct an unofficial statement by combining information gathered from sources, news sites, and even rumors. Attribute those words to this site and do not read them as though they are coming from the university itself. University administrators would NEVER put out a statement so explicit and definitive in it's terms.

All of which I have no objection to, philosophically, however, Temple will not hesitate, nor would UCF, ECU or a number of other schools. This is a game of politics as much as anything else, showing uncertainty is not a strong move.

Villanova cannot (for reasons beyond university control) move to I-A football without an invitation from a football conference. That, however, should not stop them from making the strong Public Relations move of issuing a statement about their intention and desire to do so. Will the university look silly if they do that and are ultimately shot-down by conferences? Absolutely. I'd rather look silly now than take a seat on the back bench and lose all control over the issue. A PR gaffe can be smoothed over and forgotten, a business mistake cannot.