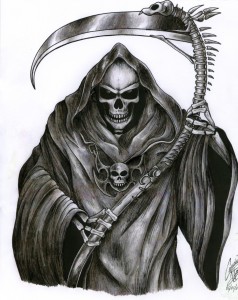 Meetings were held and vague statements released. The Big East was raided and its status is in limbo, most of the basketball schools prefer to hold the hybrid conference together, while most of the football schools are making calls and exploring their options elsewhere.

The statements have been trickling out since Monday, as each school hoped to calm down an overstressed fanbase worried about what the future holds. Most were very vague, some, like the one released by UConn, did not even use the words "Big East." Cincinnati probably had the most direct statement of support for the Big East, saying:

"Our preference as an institution is to remain with the Big East Conference. I believe that the Big East is the conference best suited to our student-athletes' needs and our university's future goals and aspirations. We are not seeking to jump to another conference."

Georgetown's Athletic Director Lee Reed emailed the "Hoya Faithful" on Wednesday evening to assure them that, "President DeGioia and I are fully engaged on the issues and committed to preserving and enhancing Georgetown's position as a national power in men's basketball." He closed the email with a lengthy section about the status of plans to construct a new athletics training facility (a much-needed improvement at Georgetown).

As it stands, the Big East is looking to expand in football, assuming that it still exists. The Big XII will perhaps expand as well and the so could the SEC. The ACC may or may not go to 16 members, but doing so, would probably require a "big fish" like Notre Dame or a power-move by another conference.

UConn, Rutgers, and West Virginia have one foot out the door and will likely bolt if they can secure an invitation to another BCS league. TCU has talked to the Mountain West about staying there, but they would prefer to be a member of the Big East, assuming the league remains viable.

Cincinnati and South Florida don't have a ton of suitors, but if they did have other options, they would probably be flirting with the rest of the conference. The Catholic schools are in a similar boat – they won't end up in a major conference if the Big East falls apart.

A USA Today source (who clearly has trouble counting), said that, "about four or five of the Big East schools are committed to keeping the league together, but the other two or three need to know where the league is headed before a firm commitment is made."

The basketball schools might not end up together either as some members aren't high on the idea of a CYO conference, and Notre Dame can't really be a member of one for logistical reasons.

The Big East will have to add football schools if it survives. It needs at least one more full FBS member before the two departing schools leave the conference, and ideally five more members to reach 10. Navy and Air Force could join soon as football-only members (possibly by the end of the week), and that appears to be at the top of the list of candidates (and no, it isn't clear where Air Force would park it's other sports). Army was not interested in joining a football conference when approached by the Big East, but could also follow suit if the other two academies move.

Beyond that, there is some media disagreement over who the candidates for expansion would be. One report had the football schools preliminarily ruling out all of the Conference USA programs except UCF (but even they would be potentially blocked by USF). The field is wide open, of course, and with powerful figures like Rick Pitino against additional basketball members, preference may be given to schools that can bring just their football teams.

Temple and Villanova are also candidates and the league will consider adding one, but not both, of the schools to the football conference. Temple could even be offered all-sports membership. Mike Kern of the Daily News writes, however, that "it would "not be fair" to call Temple the "favorite" to become part of whatever configuration the Big East ultimately takes on."

Anyway, the Wildcats have lost their leverage, in large part because they can't be a viable member for several transitionary years. At the moment, the Big East needs more immediate answers, which kind of leaves the Main Line in a holding pattern through no real fault of its own.

The source indicated that Villanova still could get invited depending on how the realigment unfolds.

The biggest move for the Big XII was that their commissioner, Dan Beebe, was asked to resign and will likely do so today. They will re-arrange their revenue sharing and other league issues and try to create a more stable conference. They will also discuss with Texas A&M the possibility of them staying instead of moving to the SEC, though most believe that to be a long-shot.

Most likely, however, they will expand. By how many though? That has yet to be determined, but they will need at least one school to get back to 10 and three to get back to 12 members. Texas AD DeLoss Dodds told reporters that he preferred a 10-team conference.

Target number-one will likely be Brigham Young, which has a large national following and a network of their own. They are currently a football independent and were at one point interested in hearing the Big XII pitch. If that fails, or if they need to add two more, Louisville and West Virginia will be on their list. TCU's name has also been mentioned, but they are disfavored by Texas because of overlapping markets.

The Big XII could also go after Big East-target, Air Force, but they may prefer to be attached to the Naval Academy in that move.

The SEC is stuck with Texas A&M most likely, which gives the conference 13 teams and likely makes the divisions of that conference unbalanced. Not that unbalanced leagues are impossible to manage, the MAC has had 13 football members for a while, but it is difficult.

The New York Times expects them to stand at 13 members for the time-being, but unless the Big XII talks Texas A&M into sticking around, the SEC will remain a wildcard to expand.

Taking Mizzou seems to be off the table with the Big XII still alive. The ACC instituted a massive buy-out and expanded recently as well -- factors that wouldn't stop a very motivated school from leaving, but that might still provide a high level of stability. That leaves two options: a Big East school or one from a non-AQ conference. West Virginia might be the frontrunner, and they would maybe be interested in Louisville if University of Kentucky wouldn't oppose it.

Don't expect much movement from John Swofford's office. He made his big splash by adding Pittsburgh and Syracuse to his league and will now likely sit tight while the rest of expansion plays out. It would take a big name university like Notre Dame or Texas to come on board for the ACC to actively pursue two more members -- unless more widespread athletics upheaval occurred. In any event, Notre Dame would be the preferred option for the ACC and that league also had some interest in UConn and Rutgers.

The Pac-12 decided (without voting) not to expand earlier in the week. If they were adding big enough brands (Texas and Oklahoma) on their terms (no Longhorn Network), they would likely have considered a move to 16 members, however. It isn't improbable that the Pac-12 would expand in the future, but they have pretty much tapped out of this round of expansion.

The Big Ten, meanwhile, has shown almost no interest in expansion-for-expansion's sake. That doesn't appear to be ready to change.

Where does that leave us?

So now the Big East is right about where it was in the wake of the 2004 raid by the ACC. Everyone is suspicious of everyone and all members are looking for a better option -- but few have one. There may be additional moves by other power conferences that make things even more unstable for the conference, but if the Big XII adds just BYU and the SEC and ACC are done adding schools, the Big East membership is likely frozen where it is: 7 football-playing schools and 8 Catholic schools.

Navy and Air Force should join the football side of the conference soon to leave membership at 9 football teams and 15 basketball teams. Army and UCF could be on the way as well to make it 11 football and 16 basketball. Then, the league will need to add one more football member to get 12 football teams, which seems to be the magic number these days.

Vince Nicastro has been losing sleep trying to make sure that12th member will be Villanova, but it could be Temple or ECU or a school like Memphis or Houston. Loyalty is clearly out the window, and Villanova needs a strong sales pitch to beat out those other candidates despite the drawback of waiting two or three years for the program to be ready.

You should also check out Mike Jensen's report on Villanova football's Big East odds at Philly.com.