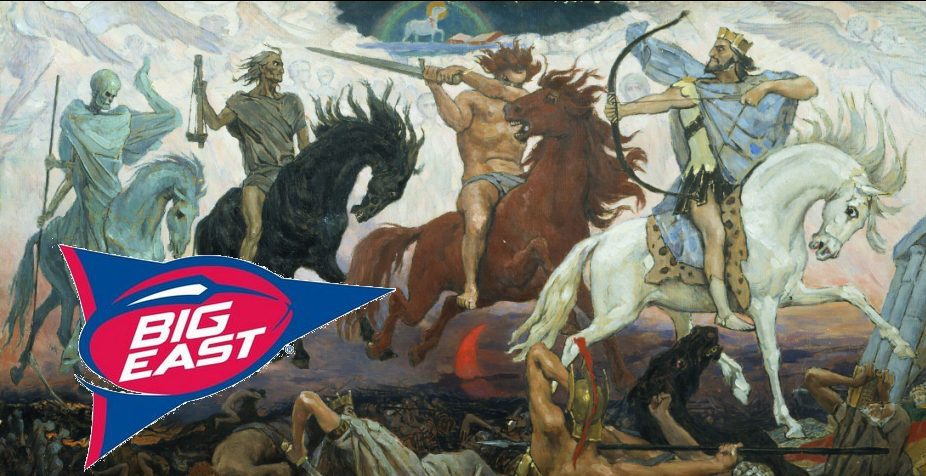 Dan Beebe was fired and new Big XII commissioner Chuck Neinas is taking over that conference with a mission to rebuild their ranks and create stability for the future in the wake of Texas A&M's move to the SEC. Initial thoughts were that Neinas would try to sit down with Aggies officials before their conference change was made official to try and change their minds by showing them how the conference was working toward true equality by changing revenue-sharing. A&M didn't give him the chance, however, and their move to the SEC was made official and announced over the weekend.

SEC commissioner Mike Slive told reporters that his conference would not necessarily add a 14th member. Their priority is to add members who add value to the conference, and if they don't believe that they can do so, they might not. Slive in-no-way closed the door on expansion for the SEC, but his comments at least create the possibility of a 13-member conference existing.

Expansion is no longer a hot topic in the Pac-12 and the Big Ten has always seemed above-it-all in this fall's latest round of expansion news. The Big XII and the Big East are the only conferences (both losing members) who have publicly stated an intention to expand. The Big East's intention, however, is hampered by the continuing lack of a commitment from it's membership to remain true to the conference. Navy was ready to join the Big East in football prior to the departure of Syracuse and Pittsburgh and is still a major target, but they won't pull the trigger until the current membership settles down, and neither will Villanova.

That may take a while. Most of the Big East football members are still holding out hope for invitations to join the Big XII or SEC and that likely won't change until those conferences settle their own futures.

TCU appears somewhat safe, for now. They will stay with the Big East so long as it remains a viable BCS conference and a better offer doesn't come along. That better offer would almost certainly have to come from the Big XII, but interim commissioner Neinas told the College Game Day crew that there was opposition to adding another member from Texas. He also said that their top priorities were location and a quality football program, and many believe that BYU might be a candidate for them. BYU would have the least impact on the college landscape, since they are currently an independent in football.

Other than BYU, however, at least one blog is reporting that Louisville and Cincinnati are also Big XII targets, and Louisville may already have an invitation. West Virginia may also be under consideration, and if the SEC moves to get a 14th team from either the Big XII or ACC, the Big East could be left without much of a football conference at all.

Until the Big East situation becomes clear, the conference will be on life-support.

Over the weekend, Father Donohue sent an email to Villanova alumni addressing concerns about the future of the school's athletics programs. Mostly boilerplate similar to statements made by other schools, the most interesting nugget for many was that Villanova would revisit, "the possibility of moving our football program to the Football Bowl Subdivision (FBS) level." That statement, more than anything in the email was parsed and interpreted for meaning by everyone who read it.

Assuming there is a Big East football conference that is a BCS league in 2015, the Wildcats will make some effort to join it. For Villanova, being affiliated with high level programs at football-playing institutions is a priority for the future of the school. If there is no Big East, however, that affiliation may not be possible.

Assuming no more departures, the Big East needs to assemble a conference that is both football-strong and financially-strong. The quality of the programs and winning traditions over recent years will have an impact on the conference's inclusion in the next BCS contract, though if the current group remains intact, there would be little doubt that they would.

The easy immediate additions are the service academies. They can join immediately and in football-only. Navy has been very strong over the past decade and is a bowl-game fixture that would hopefully be competitive in league play. Army is still recovering from their days in Conference USA, and would be hesitant to join, but if Navy and Air Force are in, they may find it easier to be in than out.

UCF would also add a strong football program, but little in the way of a national brand. Their television market is just slightly-smaller than Miami and would be a good addition, though they don't currently light up many TV sets outside of that market. South Florida, however, is generally opposed to the idea of adding their neighbors, but may have no choice but to accept it at this point (the alternative is a BCS-less life).

There are also calls to add the Philadelphia market back to the conference. The 4th-largest TV market hasn't been part of Big East football since Temple was asked to leave at the turn of the century. Both the Philadelphia Inquirer and Rick Pitino's blog have made a call this morning for Temple's immediate addition to the conference. Temple is having a great season this year, building on 9- and 8-win seasons in 2009 and 2010, and that public relations boost, combined with their access to Lincoln Financial Field and current FBS status make a strong case for them to join a conference in immediate need for warm bodies.

Pitino also wants Villanova to move up, but does the Big East really want two schools in Philadelphia? Multiple outlets have reported that Villanova and Temple are an either/or situation for the conference. The situation is very fluid, however, so that might change. The non-committal football members may be hesitant to invite Villanova, however, since they would likely be asked to make a firm commitment to the conference during the upgrade period.

So, until the conference situation shakes out and Father Donohue's level of interest in moving the football program to FBS becomes more clear, we should also put Villanova athletics on life support.