Six schools from the Big East made the preseason USA Today Coaches Poll top-25, but none of those six were located on the Main Line. Villanova may not be ranked but the Wildcats did receive votes, totaling 18 points, which was 7th-highest for a Big East program.

UConn was the highest ranked Big East team, with departing members Syracuse right behind them at 4 and 5 respectively. Louisville was the conference's third member of the top-10, coming in at number 8, while Pittsburgh landed just outside at number 11. Marquette and Cincinnati rounded out the Big East representation in the poll at 21 and 22. 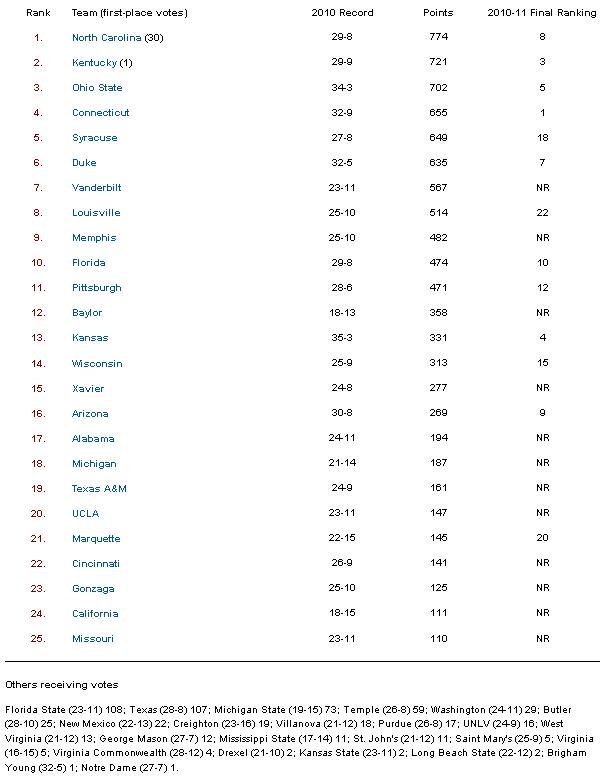