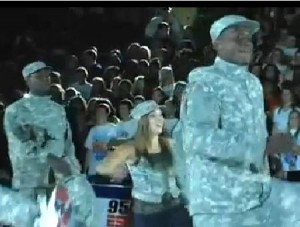 Homecoming weekend is a big one for two sports at Villanova, football in the middle of its season, and basketball is just kicking off the 2011-12 campaign. It is an opportunity for Villanova alums to get together, remember the old times, and check out some of the athletes who will be representing the school in the coming year.

Sadly, the weekend's excitement was marred on Saturday night by the death of 2010 Alumna Lauryn Ossola, who was struck by a car while crossing Lancaster Avenue near Erin Pub. Please keep Lauryn and her family in your prayers.

As usual, the weekend opened at Villanova with Hoops Mania, Villanova's version of Midnight Madness, but a week later and a few hours earlier. Here is what we saw: 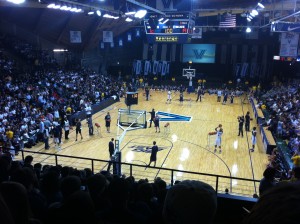 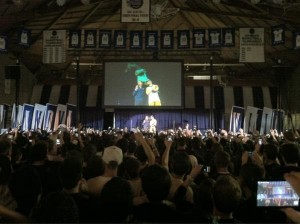 Jay Wright came on-stage at the end of the concert to close out the event. He thanked everyone from coming and then demanded, "Get to the football game tomorrow!" It was very interesting to see football be so present at the basketball kick-off event, but after Jay Wright's comments in New York at basketball media day, it was not much of a surprise. Jay Wright has been the football program's biggest supporter over the last few years.
On Saturday, the main event began. 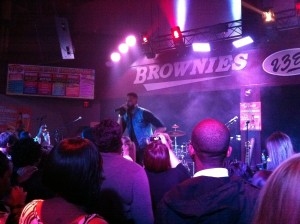 Will Sheridan at Brownies

Update (10:54am): Villanova has confirmed that Dominic Cheek was held out of the weekend scrimmages with a hamstring pull. It was not a major injury, but the coaches and training staff were being cautious about the situation. The team is taking today off, but Cheek is expected to return to practice tomorrow.