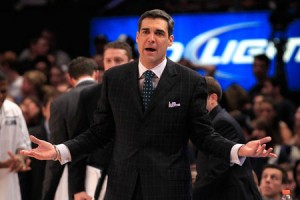 Villanova loses three major contributors from last season's team that finished the season unranked and as a loser in the first round of the NCAA tournament. Though the 'Cats add a few talented freshmen, it might have taken a miracle for Villanova to enter the season with high expectations. There will be no lofty preseason ranking for the first time since the 2006-07 season.

That won't curb head coach Jay Wright from believing, however.

"Now, given this opportunity, it’s exciting. I think being picked eighth [in the Big East] is fair, given the experience of the other guys, and it gives us a challenge to get to the top by the end of the year and that’s the way we’re looking at it."

The team will need to learn to play together, however, as few of them shared the court for any significant stretches last season. Some of the key players are closer and have put in the time to work together and develop a chemistry that Villanova has been lacking the last few seasons.

The summer trip the team took to France and the Netherlands was helpful in building them up, of course. 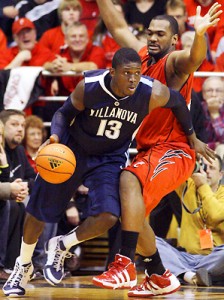 "After the trip I feel more comfortable, I feel more positive about the team, we have better chemistry," junior center Mouphtaou Yarou said.

Yarou spent the offseason working on his footwork in the post, to allow him to move better inside. Jay Wright saw the benefits of that work. If anyone benefitted the most from Europe, the coach thinks it was his center.

"[T]he teams we played against . . . Senegal had a kid named Papa who played at SMU and was an All-American, Daniel Gadzuric from the Nets, Zaza Pachulia, we played against great big guys and he got a lot of confidence. I think his lowest output was 15 and 12, he played some great games."

Yarou will have to continue that trend during the season for the Wildcats to rise to the top of the standings. Wright also needs his point guard to become a star this season and will need solid contributions from others.

"I think Mouph and Maalik are going to have to establish themselves as Big East stars, as dominant Big East players," the coach said.

"I think James Bell and Cheek are going to have to become big time Big East players, but that’s going to take some time. Then let the freshmen fill in. Those four are going to be really important."

None of the freshmen are likely to be asked to carry their team. JayVaughn Pinkston, officially a redshirt freshman, however, will likely find himself in a major role.

"Darrun Hilliard has stepped up early and kind of looks like a guy that is ready and JayVaughn Pinkston, I think, is going to be a big contributor. Markus Kennedy is pretty mature for a freshman."

Kennedy helps the 'Cats in practice as much as he will in games. It has been rare in recent years for Villanova to have one big body in the post, but now they have two, a situation that helps both of them to improve.

"That challenges me a lot [to have Markus Kennedy in practice], he’s about thirty-pounds heavier than me, so that challenges m," Yarou noted. "I have somebody to go against every day. I know that in the Big East, every game I am going to have to go against people like that."

Wright was similarly high on the big freshman.

"Markus Kennedy is the kind of guy where, if Mouph comes out of the game, we can go inside to him," the coach said. "He can make plays. Those two can play together too."

While the Wildcats have build some strength in the paint, they are not so deep at point guard. Freshman Tyrone Johnson is going to need to contribute when Maalik Wayns is off the court.

"Tyrone Johnson is probably going to be the biggest x-factor because we need that position," Wright said. "We haven’t been short on guards at Villanova for a long time, but we’re short on guards and especially point guards."

It isn't that Villanova's roster is loaded with centers and power forwards, and certainly is less-so after Isaiah Armwood decided to transfer to George Washington, but most of the roster is comprised of players Wright sees as flexible options.

"I don’t think we’re ‘frontcourt-heavy’ as much as, we have a presence we haven’t had in a long time in Mouph [Yarou]," Wright explained. "Mouph could be one of the best big guys that has played at Villanova in a long time.

"We just haven’t had that in a while. Jason Fraser, we never had him, he was always hurt, but Mouph can be that kind of dominant player. The other guys are really perimeter players, and that’s the way we like it. The other four guys are just big guards, they’re all guards." 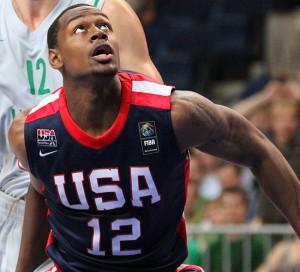 James Bell, for example, played shooting guard for a USA Basketball youth national team over the summer, but may see some time at power forward this season. Bell was asked to play the 4 at times during the team's European exhibitions. It may seem counterintuitive with JayVaughn Pinkston's bulky frame and experience playing inside, but his coach explains that he, "plays like a guard."

"Those guys [Bell and Pinkston] can play together," Wright stated.

"What I really like about this team is that, you know Maalik is a true point guard but even Maalik has played off the ball, but the other guys, Hilliard, Yacoubou, Pinkston, Tahj Bell, those guys are all just big guards, those guys can play anywhere and they can play together. And Cheek too, Cheek is 6-6."

Wayns had been the subject of some criticism in recent seasons. With Corey Fisher on the court last year, Wayns was asked to play the role of a combo-guard. Sometimes the athletic junior would be running the point, but would play off the ball just a little more often.

"I think this year I am finally getting back to my roots being a pure point guard," Wayns said. "My first two years, I played a little bit of a combo. I always feel more comfortable playing point. Now I can get other guys shots, get everybody involved, and still get my shots and play my game."

It didn't help much that the offense at times degenerated into a bastardized version of the Burn offense. Wayns or Fisher would be asked to dribble the shot clock down to around 10 seconds, but occasionally less, and then charge headfirst at the rim. Some passes were attempted as well, but with only 10 seconds to get a shot off, it was difficult to make any scheme work.

Coach Wright liked that offense as much as most fans did. 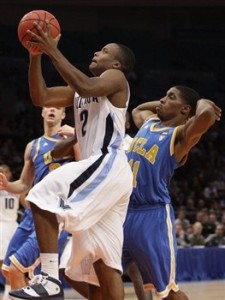 "I hope not. I hope not. That should be gone," Wright said."That was a little . . . I shouldn’t make excuses, but there were things going on with our personnel that we needed to do that, but we don’t want to play that way."

Wayns was also excited to free himself from the shackles of that burn offense this season.

"It’s going to change," he said. "You know, we’re big, we’re athletic, we’re going to rebound, get up, run up and down the floor, spread it out, get it in to Mouph a lot, make plays on the pick-and-roll and run."

The 'Cats will need to run, especially if their shots aren't falling. The loss of Corey Stokes to graduation leaves the team without a pure shooter on the floor. Coach Wright wasn't concerned about that fact though, noting that he might not have another Corey Stokes on the team, but his other players can shoot the ball well enough.

"We won’t have a guy on the floor, outside our five-men, who can’t shoot threes," Wright claimed.

"I think Dominic Cheek has a chance this year to be the closest to Corey [Stokes], he’s a different kind of player, but the bottom line with Corey is that you had to guard him anywhere on the floor. We have a chance that Cheek can be that kind of player.

Defensively, the team will attempt to do much of the same things they were trying to execute on last season. The 2-3 zone made an appearance for the Wildcats last year and appears to be here to stay, as long as Wright can keep recruiting players like Yarou and Kennedy who can rebound in that defense.

Villanova abandoned the zone when it was forced to adopt the guard-oriented line-ups that made Jay Wright famous. Wright didn't think his guards could rebound as well against opposing big men if they were positioned for a zone. As a senior, Randy Foye averaged almost 6 rebounds per game while matching up against opposing power forwards in the four-guard line-up (4.1 on defense).

Few changes will be made in the theory of the defense. Expect more man-to-man when the size-matchups are unfavorable, but Wright will still pull some zone out of his pocket when necessary.

The commitment to running is also indicative of an intent to play a high-energy defense. Expect the 'Cats to press and try to force opponents to make poor decisions and turn the ball over.

Jay Wright has previously listed JayVaughn Pinkston as one of his "top guys" and has called him a starter in the past. It seems that opinion has changed in favor of going bigger with Kennedy in the last few days. Don't be surprised if the line-up changes again before the season begins and at least once during the season.

Wright has never been one to avoid changes.