Season Begins (sort of) with Exhibition!

Share All sharing options for: Season Begins (sort of) with Exhibition! 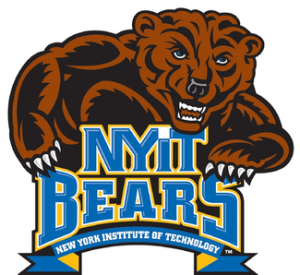 College basketball season is underway. Real games started last night when St. John's defeated William & Mary with a strong second-half effort in the opening game of the 2K Sports Coaches vs. Cancer Classic at Carnesecca Arena. Exhibition season, however, isn't quite over for the biggest programs, as evidenced by Kentucky's 85-point ultra-blowout of Morehouse College, a tiny all-male HBCU located in Atlanta.

Villanova will get in on the exhibition gravy-train tonight, with a 7 p.m. tip-off against the New York Institute of Technology, a Division II school from Long Island, New York. Villanova has made the exhibition game against a lower-division or NAIA opponent an annual tradition in recent years, holding the game at the Wells Fargo Center.

The NYIT Bears compete in the East Coast Conference in every sport except Baseball, where they compete in Division I, as part of the Great West conference (before you laugh, they aren't a complete outlier, the Great West also features Newark, NJ-based NJIT).

Information about the NYIT team is pretty scarce. Being based in such a large media market, it seems that their is a dearth of coverage for the school's athletics program. Nonetheless, Newsday provided the following blurb:

The Bears were picked to finish 6th in the ECC preseason poll. They finished the 2010-11 season with a record of 13-15 overall and were one-game under .500 in league play.

The game will not be televised, but Villanova.com will provide a gametracker and audio stream through Nova Nation All-Access.