The Wisdom of Crowds Poll Results

Share All sharing options for: The Wisdom of Crowds Poll Results 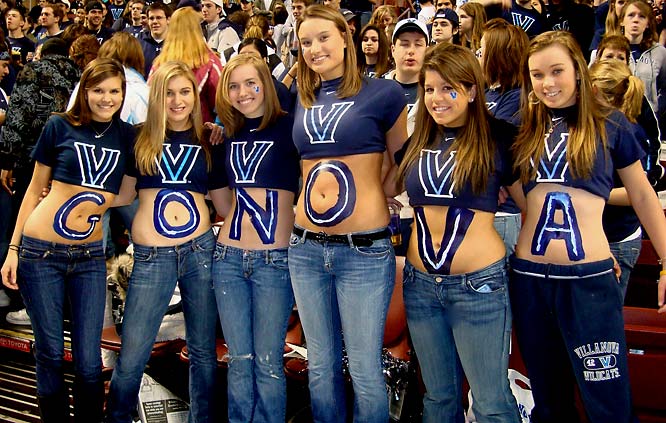 I received an amusing email on Friday from my VUHoops colleague, Brian, alerting me to an interesting article by Ken Pomeroy. Ken, of course, is the creator of the popular college basketball website kenpom.com, which best known for its score predictions for college basketball games. In Mr. Pomeroy's post on Friday, "Power to the People," he describes the computer model he uses to predict college basketball scores as "a cold, unfeeling machine, incapable of incorporating emotional factors, injuries, and other unexpected circumstances that occur on a daily basis." He plans to break 'new ground' this year by applying principles discussed by James Surowiecki in his book The Wisdom of Crowds in an experiment to compare the accuracy of his computer's predictions to the average of the predictions of those of a large crowd of sports fans to see which is more accurate. I sent Ken an email Sunday suggesting he not waste his time. We’ve been doing it for three years on VUHoops.com with good success in our two annual series -- "The Wisdom of Crowds" and "Closest to the Pin."

With that backdrop, we are particularly proud to announce the results of our third annual "The Wisdom of Crowds" poll.

As you recall, we applied Mr. Surowiecki principles by asking our VUHoops readers to predict which players will step up to replace 56% of last season’s offense produced by departed players Corey Fisher, Corey Stokes and Antonio Pena in a series of reader polls this fall. The news is good for 'Nova fans — the Cats should have exactly enough offense to make up the deficit.

There will be a palpable shift in scoring with a greater portion coming from the forward/center position due to the expected emergence of Yarou's offensive game:

Offensive scoring will be reasonably well distributed, with the top three players (Wayns, Yarou and Cheek), accounting for 53% of the offense. 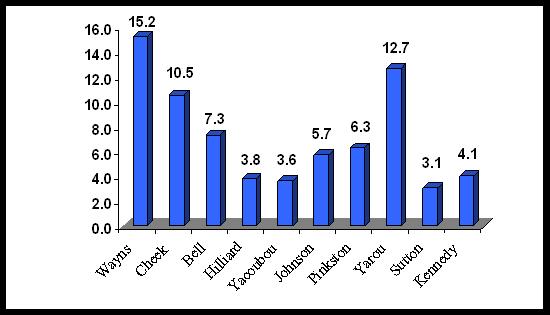 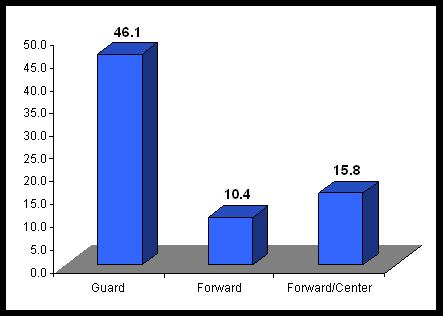 Underclassmen Pinkston, Johnson and Bell will pick up most of the offense lost to the departures of Fisher, Stokes, Pena and Armwood. Wayns and Sutton will pick up the least. In the case of Mr. Wayns, one can only hope this is because he approaches the game this year with a "pass-first" mentality. 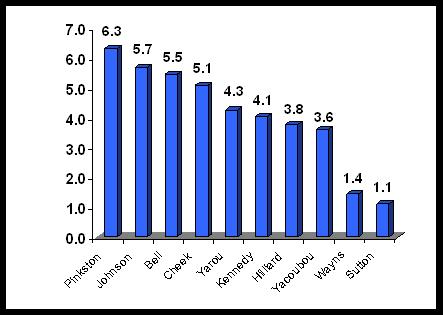 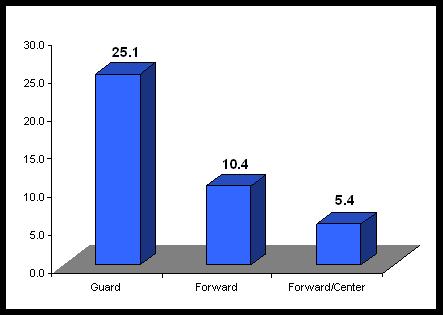 When the season comes to a close, we will take a look to see how accurate our predictions were. What do you think — is there wisdom in the VUHoops crowd?