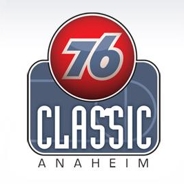 Villanova has made a recent tradition of taking part in one of the growing list of early-season exempt tournament events. This season is no different as the Wildcats travel to Anaheim to take place in the ESPN-owned 76 Classic. They open the tournament on Thanksgiving Day, with a 4:30pm EST appointment with the UC Riverside Highlanders.

The Highlanders are the only opponent that we know Villanova will play. Coming out of the low-major Big West conference, the Highlanders are one of the weak sisters in the competition after failing to secure a win over Division 1 opposition. UCR losses to UTEP and Youngstown State and their sole victory was over Cal Lutheran, a tiny Division III school in Thousand Oaks, California

(Update: We have now posted our game preview)

St. Louis comes into the tournament ranked 31st in KenPom and with a 3-0 record, including a victory over a very talented Washington Huskies team. SLU has been one of the best defensive teams in the country early on and will give any team they face fits.

SLU will play Boston College in the opening round with the winner facing the winner of Villanova/UCR in round two and the losers facing off in the consolation bracket.

Boston College might be the only team rated lower than UCR in the tournament field. The Eagles have come a long, long, way from winning the Big East in their last-hurrah in that conference. The last few years have seen the BC program falter and fall off a cliff, a trend that coach Steve Donahue was hired to reverse. So far this season, the trend has continued, however, and after a close-call victory against New Hampshire to open their season, the Eagles have lost two straight. Holy Cross, having a 1-3 record themselves, were able to knock off their rival 86-64 on Friday, while UMass came in to Chestnut Hill on Monday night and demolished the home team, 82-46.

The Lobos are 2-1 on the season so far with just one loss to in-state rival New Mexico State and a win over Arizona State. They will take on Santa Clara in the first round. They will be one of the favorites to get to the tournament final, where they would play the winner from Villanova's side of the bracket.

A middle-of-the-pack WCC team, the 2-1 Broncos may need a miracle to advance past New Mexico. They have a loss to UC Santa Barbara and a victory over San Jose State this season. Quite the opposite of SLU, however, the Santa Clara defense is among the worst in the nation, rated 221st by KenPom.com, and their offense is only slightly above-average.

It wasn't very long ago that OU found itself in the Associated Press top-25 on a regular basis. The Sooners have taken a bit of a program nosedive lately, but are still a dangerous team to face. They are 2-0 so far in 2011-12 with victories over Idaho State and Coppin State at home, but they are going to be an underdog to advance far this weekend.

If New Mexico falters, it very likely would be Wazzu taking their place in the title game in Anaheim. The Cougars will face OU in the opening round and should advance to play the winner of New Mexico and Santa Clara on Saturday. They have just one loss in three games against an exceedingly-talented Gonzaga team this season in their home opener, and it was a close game.

Villanova was a favorite to advance to the final coming into the season, but the emergence of SLU in the early going might have changed that. Villanova is likely a more talented team, but Rick Majerus will have his players ready for the Wildcats if they face off on Friday.

The 'Cats will get a tough test in that game, and then perhaps again on Sunday, depending which team they face. Both New Mexico and Washington State will be able to give Villanova a run for their money. The 'Cats will need to execute on offense and defense if they want to bring home some hardware from this trip.