Share All sharing options for: Scottie and Corey, teammates again

Antalya BSB, the Turkish basketball team that signed Corey Fisher in the offseason has now added Scottie Reynolds to its roster as well. The two Villanova guards will be reunited in a very competitive Turkish professional league. 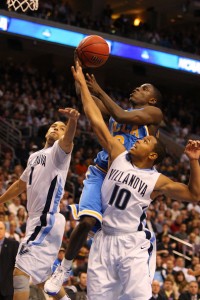 This is Reynolds' third foreign experience after previously book ending a stint in the NBA D-League with contracts to play in Italys second division and in the Philippines over the summer.

Reynolds is in his second year as a pro while Fisher is in his rookie season.

Antalya was looking for help as things havent gone particularly well for them, falling to 14th place in the 16 team league. Reynolds becomes their fourth American import player on a roster that also includes Kendrick Brown and former Washington State forward DeAngelo Castro.

For those wondering where Reynolds would go after his NBA audition with the Jazz ended in disappointment, we now have an answer.