Share All sharing options for: Big East, WVU to Mediate 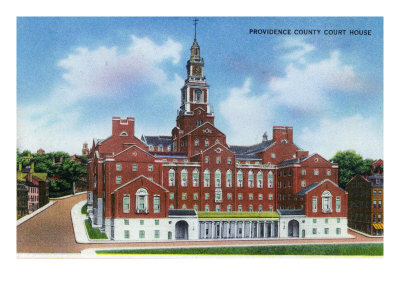 The Rhode Island judge who was last seen denying the motion of West Virginia University (WVU) to dismiss the Big East's suit in favor of one in West Virginia courts has now ordered both parties to submit their case to mandatory, non-binding mediation. He has not yet ruled on the Big East's motion for a temporary injunction against WVU withdrawing from the conference.

The parties will next appear in the Rhode Island courthouse on February 9th, for a status conference.

The Big East conference was also ordered to file an answer to the WVU lawsuit brought in West Virginia no later than Wednesday, January 18th -- a nod to the principals of comity that were otherwise discarded in the Rhode Island court's decision to deny the dismissal. This means that the Big East will have to follow through with the case in both courts for the time-being.

It is unlikely that a mediation will accomplish much, but many courts have standing rules in favor of ordering mediation in most cases. When the parties are as far apart as the Big East and WVU, however, it would take a very skilled mediator to help them reach an settlement.

Court-ordered mediation has a success rate of about 20%.

What is said and discussed in a mediation is normally confidential -- meaning it will not enter the public record and will not be brought into a trial.

The Big East won't (and maybe can't) budge on letting WVU join the Big 12 for the 2012 season. West Virginia, on the other hand, is looking for an exit this summer and may not accept any delay. If money can't satisfy the Big East in this lawsuit, then there is no likely resolution prior to trial.

If I were mediating the case, I would speak to each party independently about the merits of their argument.

To the Big East, I would remind them that the likelihood of getting any injunction, temporary or otherwise, is low. That while they may get money damages at trial, they will also spend considerable amounts and will end up displeased with the result.

To West Virginia, I would pull out a calculator and begin to tally the dollar amount that could be levied against them for leaving the conference without proper notice.

In a perfect world, the Big East and WVU would compromise and the school would remain a conference member in the 2012 season, allowing the Big East to field an 8-team football conference. WVU would pay damages for not providing the full 27 month notice, but those damages would be reduced under the settlement because of the agreement to play an additional season.

The whole thing would have to be predicated, however, on the agreement of Pittsburgh and Syracuse to remain a part of the Big East, at least through the 2012 season and preferably for the full 27-months. The Big East could create a settlement agreement that was contingent upon separate agreements being signed with the other departing schools before becoming effective.

Without agreements in place with Pitt and Syracuse, the conference risks a situation where those schools could demand a similar exit to the one being allowed to WVU under a settlement agreement. In which case, the Big East is better off going to trial and establishing a big award of damages to deter the early exit of other schools.

Going forward, the Big East should amend its bylaws with a larger "early-exit" penalty that will give the 27-month notice requirement much more "bite" than the current (likely unenforceable) injunction clause. An obscene number to be paid for an immediate exit would be an effective deterrent against schools using that option.