This story is originally found here....

It's a story that I've already posted, but on Martin Luther King Day, I like to take a moment to retell the quick story of former Villanova player George Raveling's tie to Dr. King and the "I Have a Dream Speach".

Back in August of '63, Rav was in DC to be a part of the March on Washington. Someone, noting his size, approached him and fellow 'Nova player Warren Wilson and asked them to provide security for Dr. King. Raveling & Wilson accepted the offer and were actually within arm’s reach of King when he delivered "the speech".

Following the speech, Rav asked Dr. King if he could have the copy of the speech, and without hesitation, he received it. That original typed copy resides in Rav’s safe deposit box today. 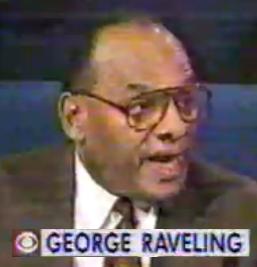 As we know, George Raveling has gone on to a very historic career in basketball coaching as an assistant on the 1984 Olympic Team and then the Head Coach at Washington State, Iowa, and USC.

For more details, check out this fantastic article on Raveling's story that was in TIME magazine; Guardian of The Dream.

So why isn't that original manuscript in a museum or someplace on display for the public to view? Well, A few years ago, Raveling decided the notes - which could have fetched him millions - belonged in the Martin Luther King Museum in Atlanta. So, he called to tell his story and asked to donate the notes to the museum with a single caveat. He simply wanted the plaque to read, "Notes donated by George H. Raveling." In a shocking turn, the museum representative was less than kind and rebuffed the offer…

Raveling's story isn't the only connection between Villanova University and Dr. King, just the most interesting. Villanova was able to host the civil rights leader on January20, 1965, for a speech at the Villanova Field House.

Fresh from winning the Nobel Peace prize, he made his first appearance on the Main Line, to talk at a University forum about "the Challenges of a New Age," according to the Villanovan.