WVU Lawsuit: Should they settle?

Share All sharing options for: WVU Lawsuit: Should they settle? 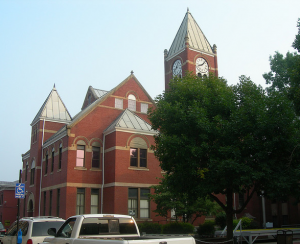 The Rhode Island court ordered the Big East and West Virginia University to mediation in hopes that they would settle their dispute. Based on the Big East's insistence on a 27 month notice period and WVU's contrary insistence on an immediate departure from the conference, it would appear that no amicable resolution is possible. Could that just complicate things however?

The Big East remains unlikely to obtain a court order demanding that the Mountaineers play out their 27 months notice in the Big East conference. Even if such an injunction were granted in Rhode Island, that court order would need to be "domesticated" by West Virginia courts -- a highly unlikely event -- in order to be enforced. The West Virginia court will not grant an injunction because such relief is not available against state entities there.

West Virginia similarly remains unlikely to escape any liability to pay damages for their exit. Their arguments against the Big East in that regard are certainly interesting press-fodder, but they fall short of legal grounds to excuse the university from performing their duties under the Big East bylaws.

That makes the most likely result an award of monetary damages in favor of the Big East. The issues of dueling court jurisdictions, collections, and football scheduling, however, create a bigger set of problems to deal with.

The Charleston (WV) Gazette's Mitch Vingle, in search of answers, asked some local attorneys in West Virginia to analyze the situation. Those lawyers, one of whom was identified as Rusty Webb, said the following:

Webb calls the case "unprecedented" in regard to dueling jurisdiction and questionable enforcement power. Another, who spoke for background, said if a ruling was made against WVU in Rhode Island, an appeal would be forthcoming from the school. That would take up to a year or two to resolve.

There are issues to consider. The Big East must know any injunction issued against WVU in Rhode Island would be appealed. With that hanging, the Mountaineers would jump. An army wouldn't be making its way from Providence to prevent the football team from going to, say, Lubbock, Texas. Also, if WVU loses the appeal, the order would have to be enforced here in the Mountain State. That might prove to be a problem because courts here might not adhere to the order for a myriad of reasons, including those of jurisdictional or constitutional questions.

In the meantime, WVU appears poised to jump to the Big 12 in time for the 2012 football season, unless a the unlikely event of a West Virginia court injunction stops them. That would leave the Big East with just 11 football games on each school's schedule and little time to fill the gap.

While those facts make the Big East out to be the more motivated party in this case, remember as well that the Big 12 is lacking clean hands in the move. They may want to jump into any settlement discussion as well and can perhaps help sweeten the pot and try to smooth over any logistical challenges.

Why? Because there's a chance the Big East could amend its complaint and add the Big 12 to the breach of contract suit.

That's the last thing West Virginia would want. Morgantown is already gaining a reputation across the nation's university landscape as Litigation City. It doesn't want to add to that and drag its new partners into a legal battle.

The Big East needs to protect the last few years of its current television deals in the face of these challenges. Those deals could be affected or renegotiated to a lower number if a member leaves the league prior to expiration.

The issue of finding a 12th game for each member school will also be a roadblock to settlement. Can the Big 12 offer up 8 games to the Big East in 2012? That would be a huge step toward resolution.

Could you imagine a settlement that forced Texas to play at UConn?

As for Syracuse and Pittsburgh, it doesn't appear that a WVU exit in 2012 would help them to exit the Big East at the same time. The ACC has not added either school to its 2012 schedules at this point and the further into the spring this dispute goes, the less likely it is that they will. It could affect the 2013 season, but at least then the Big East will have its football reinforcements arriving.

Should the Big East and West Virginia settle? For a myriad of reasons, they should, but a settlement that leaves every party happy will be difficult or impossible to achieve.