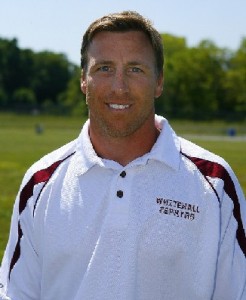 Villanova quarterback Chris Polony will see a familiar face on the sidelines this spring and next season. His former coach at Whitehall High School, Tony Trisciani will be joining Andy Talley's staff at Villanova -- effective on February 1 -- as the new defensive backs coach for the Wildcats. Per a release by the high school.

Villanova must hire at least one more new defensive coach to replace the departed Mark Reardon and Dave Sollazzo.

In addition to serving as defensive coordinator, Reardon had also coached the Villanova secondary, though David Riede coached cornerbacks as well.

During his five seasons at Whitehall, Trisciani's teams compiled a 36-22 record and made three appearances in the Class 4A playoffs. In 2010, with a team quarterbacked by Villanova freshman Chris Polony, the Zephyrs earned a spot in the District 11 Class 4A title game.

"While we are sorry to see Coach Trish leave our athletic staff, we know he will always be a part of the rich tradition and blue-collar ethic that we have earned," Whitehall athletic director Bob Hartman said in the press release. "We extend good luck and congratulations to him on his new position. Villanova University is gaining an outstanding football coach and better person. Five years ago, Coach Trisciani entered our program with goals and ambitious plans for our football program. He wanted to treat our program like a small college program. I can say that he has not only elevated our football program to that level, but he has helped to elevate our entire athletics program.

"We can only hope Coach has learned as much from us as we did from him. He has helped to re-engage our football alumni and made our football program available to them. His attention to detail, passion, intelligence, work ethic, and love for our players has made his tenure here very special. Coach has helped to raise the standard for which this athletic department now operates. Our past and current players and coaches are very lucky to have worked with Coach T."

The new Villanova assistant is excited about his move to the collegiate ranks at Villanova.

"I'm excited about my future at Villanova," Trisciani tweeted. "My experience at Whitehall was amazing. I'll miss Friday night lights with such special people."

Official announcements from the University regarding this hire as well as any additional hires should occur within the next few days, after the human resources staff finishes processing the required paperwork.