Closest to the Pin Round 14: Marquette

Share All sharing options for: Closest to the Pin Round 14:  Marquette

VUHoops vs. Vegas: Based on the average predicted scores of the VUHoops Crowd and the posted Vegas line, we would have had a SINGLE LOSS by picking ‘Nova +2.5 points (LOSS) and making no bet on the the Over/Under. The details follow. With the loss, we are even for the season. 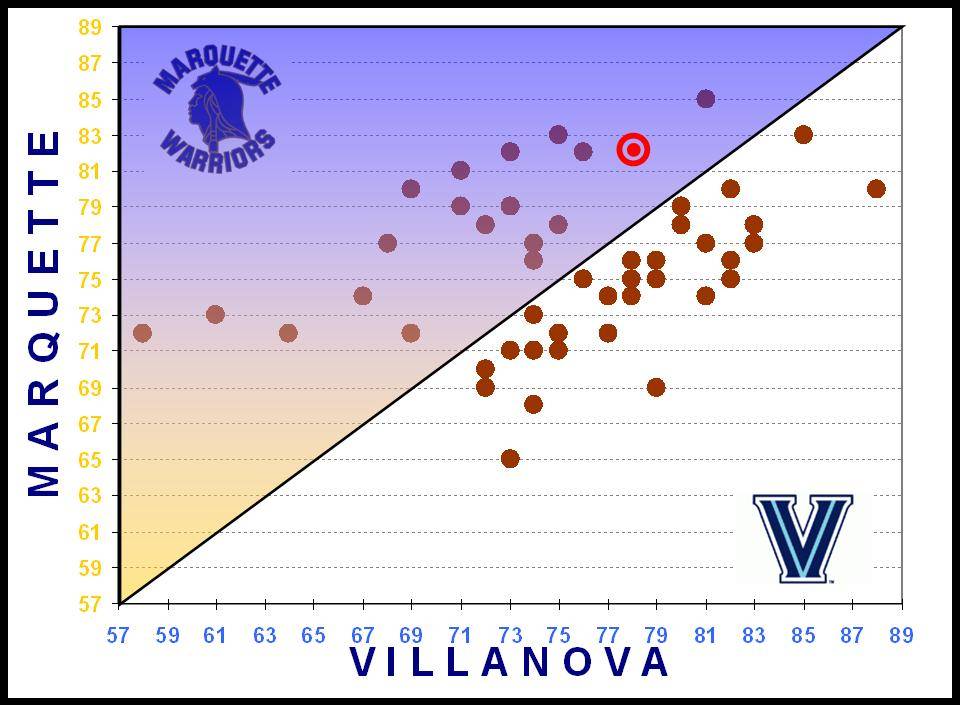 Window Opening: January 26, 9:00 PM … The window is now open for our readers to post their predicted final scores for Saturday’s game vs. Marquette at Wells Fargo Center (12 Noon, ESPN2) in the 14th round of our Closest to the Pin Contest. Clarkkell stands alone in first place; click here to see our full leader board.