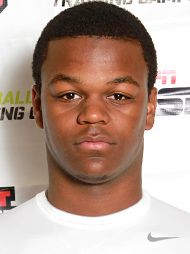 According to Scout.com's Brian Dohn, Shayne Jones of Imaculata High School in New Jersey has committed to play football at Villanova. The two-star defensive back from Somerville also had offers from Albany, Bryant and FBS schools, Central Michigan and Buffalo. ESPN projects him as a safety in college, but might be able to play cornerback at Villanova. He can also return kicks and punts.

The versatile player measures in at 6-0 and 179 pounds. He has good anticipation and ball-tracking skills, and is known to anticipate routes well. He has good lateral quickness and is able to cover the 40-yard dash in 4.5 seconds.

Jones is the 15th known recruit for the 2012 Villanova football class, who will make things official and sign a national letter of intent on Wednesday. The other known members of the class are:

Meanwhile, Stacey Bedell, who had previously committed to Villanova before de-committing in favor of James Madison in September, has now walked away from his commitment to JMU as well. Former Villanova defensive-line coach, Dave Sollazzo, who had initially recruited Bedell for the Wildcats, stepped back into the picture to offer the speedy running back a scholarship to his new employer — UMass. Bedell also claims that he had an offer from Boston College.

Another former Villanova commit, Mark Clements, visited the University of Maine over the weekend and was offered a scholarship by their coaching staff. The ball-hawking cornerback from South Jersey seems set to attend a CAA school in the fall, but hasn't made his decision official yet. He will not be attending Villanova, however.