The Joe Paterno I Remember

Share All sharing options for: The Joe Paterno I Remember 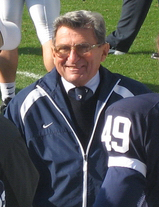 This article was written by 'Nova alumnus and VUHoops regular, Bob Natiello (aka "Squeaky Sneakers), and originally published by The Wharton Magazine on January 25. It it, Bob reminisces about his childhood experiences with the late Vince Lombardi and Joe Paterno, long before JoePa's incredible legacy was squandered by what some believe was a profound lapse of judgement and courage.

Chances are slimmer than slim you’ll recall the winner of the 1923 Kentucky Derby, an incredibly swift three-year-old named Zev. I know his name only because our high-school football coach, Earl Graham, earned that nickname while a speedy Fordham halfback in the mid-20s. 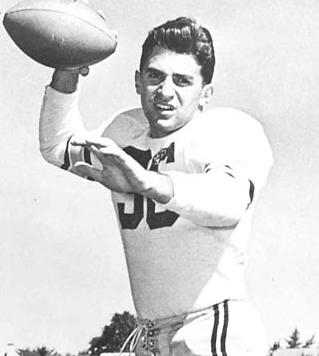 During the wartime years, Zev Graham was an outstanding three-sport coach at our high school, Brooklyn Prep. If there is any question about his ability to recognize athletic talent, consider his historical conversion of a senior interior lineman from guard to quarterback. Even then, the thought of moving a guard to the quarterback spot would have been laughed at, but Zev bucked convention. The result: an almost perfect 1944 season and the discovery of a brilliant star in the football firmament. The senior lineman? Joe Paterno.

Perhaps Zev wasn’t taking such a big risk, after all. Joe held the office of student council president, the de facto school leader at a time the nation was at war with Italy. The round-bellied little coach surely saw that any student who could win a major election despite an Italian last name must have held some special charisma among his peers. 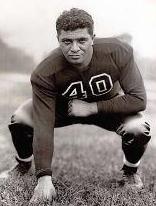 Joe’s leadership skills were most noticeable to me on a cold Sunday afternoon in Englewood, NJ. As a 14-year-old freshman, I watched him devise on-field strategies against an unknown St. Cecilia’s head coach in a one-touchdown loss. I could never have imagined that the names of those two adversaries would forever be preceded by the word "legendary." The unknown coach? A very young Vince Lombardi.

Four years later, while a college freshman, I served alongside Joe as a counselor at a Catskills boys’ camp. In successive summers, we competed against each other in basketball and softball and dated the same brunette counselor from the nearby girls’ camp.

The most important character observation I made about Joe in those camp years was this: He hated to lose. But when he did lose, he lost with dignity. That attitude supported him through his four years at Brown and on through the decades at Penn State.

The world of sports offers endless metaphors for business. Offices, factories and trading rooms overflow with references to "team effort," "winning the big game" and "a level playing field." But the most memorable sports metaphor I remember from my business career originated with Joe. It surfaced most often during late nights while rehearsing and re-rehearsing new business presentations. Longing to ditch the whole process, I’d keep myself going with Joe’s maxim: "It isn’t the will to win that brings victory, it’s the will to prepare to win."