Galac flies to the Jets

Share All sharing options for: Galac flies to the Jets 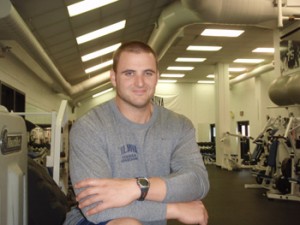 Now, he has confirmed to VUhoops that he is going to join the New York Jets' staff. Players were notified of the move a week ago on the morning of January 26th. His official last-day in the job was February 1, 2012, but his last lifting session with the team was held on Friday, January 27.

Galac was considered by coaches and players to be a key piece of the puzzle to getting players ready for the challenges of college football. Andy Talley called him the "most vital member" of the football staff. "He’s the guy who helps those guys become what they become." Talley said of Galac.

"He’s developed a lot of these kids physically over the time he’s been with us, from scrappy 165-pound runningback to a 200-pound guy. He’s the guy who turns the I-AA player into the I-A player; he turns the Ben Ijalana into a professional football player, the Matt Szczur into one of the best in the country."

Those successes in the offseason program will be missed and Galac will not be easily replaced on the Main Line.

Villanova will now search for Galac's successor, but there is little doubt that the tough-as-nails strength coach, who played through cancer while in college, will not be an easy act to follow.

*This story was originally published on January 26, 2012.