Share All sharing options for: Nova Loses at Pitt 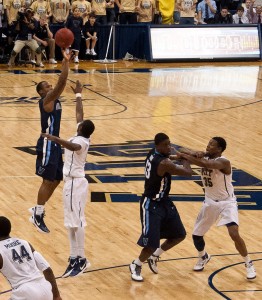 Jay Wright's young Villanova squad found themselves down 18 points at times in Sunday's game against Pittsburgh but found resilience in staging a late second half comeback. Even though the Wildcats clawed to within 3 in the final minute of the game, the Panthers' iced the game at the end winning 79-70.

Maalik Wayns led the way for 'Nova with 18 points on 7-22 shooting. Mouph Yarou added a double-double with 12 points and 14 rebounds.

'Nova has a short turnaround as they host Providence on Tuesday at The Pavilion.