Closest to the Pin Round 16: Providence

Share All sharing options for: Closest to the Pin Round 16:  Providence

VUHoops vs. Vegas: Based on the average predicted scores of the VUHoops Crowd and the posted Vegas line, we would have had a DOUBLE WIN by picking Providence +8.0 points (WIN) and the Under (WIN). The details follow. With the loss, we are now even for the season. 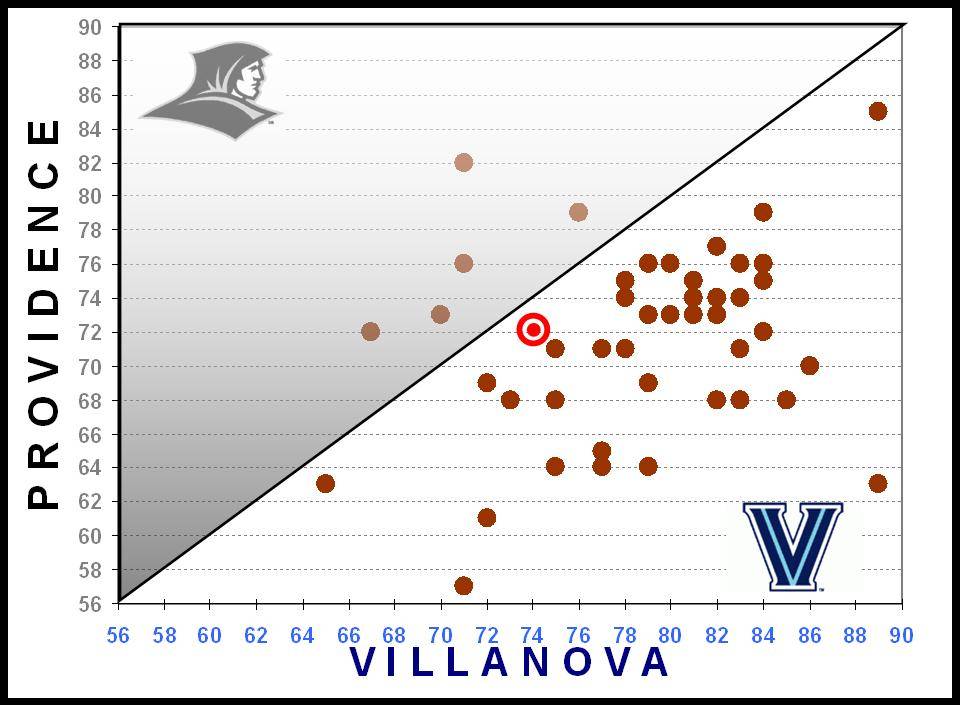 Window Opening: February 6, 8:30 PM … The window is now open for our readers to post their predicted final scores for Tuesday’s game against Providence at the Pavilion (8:00PM, WPHL17) in the 16th round of our Closest to the Pin Contest. Scott0220 has retaken the lead and now stands alone in first place; click here to see our full leader board.