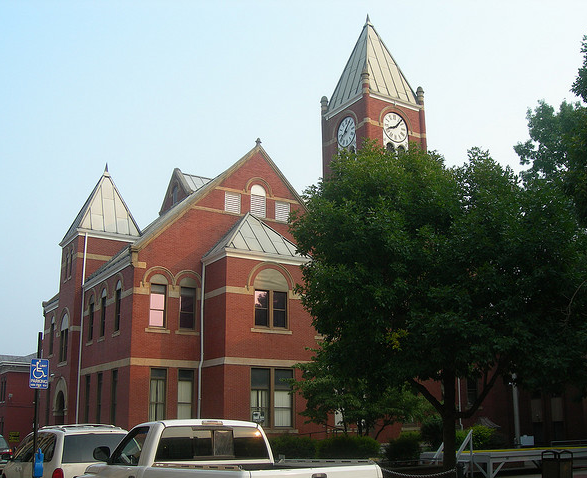 According to the Charleston Daily Mail, the Big East and West Virginia University have apparently reached a conditional settlement agreement that would resolve the claims of both parties. The Big East will receive about $20 million from the deal, with WVU chipping in $11million directly and the Big 12 covering the rest. An announcement could be made today.

The newspaper noted that while earlier versions of a settlement agreement had been contingent on Boise State being able to join the Big East for the 2012-13 season, that may no longer be the case. Orangebloods.com has reported that the Big East has tried to recruit Boise State to join a year earlier and even reached out to Temple about joining in the 2012 season.

The Big East was threatening to sue the Big 12 directly if an 8th team couldn't be arranged to fill the Big East football schedule for 2012, but ultimately the conference opted to settle the claim without further debate.

According to the Daily Mail, the breakdown of the settlement is as follows:

The Big 12 will likely go ahead with plans to release their football schedule with WVU included later today. The Big East may wait longer to release a schedule as teams have not yet completed scheduling for the coming season and a solution for the 7th league game needs to be determined.
Boise State hasn't ruled out joining the Big East a year ahead of schedule to take WVU's place, and according to the Idaho Statesman, the Western Athletic Conference is prepared to accommodate Boise State's basketball program and other non-football sports in the 2012-13 season. That is a big piece of the puzzle in allowing the Broncos to withdraw from the Mountain West Conference.
If Boise State joins the Big East a year early to replace West Virginia, it will mean that the Big East will play a basketball schedule with just 15 schools in the 2012-13 season, which likely means four repeat opponents on each school's schedule. The other new members, raising the basketball membership to 17, won't join until a year later.
Syracuse and Pittsburgh are also likely to leave the Big East prior to their original exit dates now, but it would seem logistically unlikely to have them join the ACC for next season. Instead, they are likely to play out the 2012-13 season in the Big East and depart for the ACC after paying an increased fee like West Virginia.
UPDATED 2/14 - The Big East has issued the following release:

PROVIDENCE, R.I. -- The BIG EAST Conference Board of Directors has voted to terminate West Virginia University’s membership in the Conference, effective June 30, 2012.

This vote is conditioned on WVU fulfilling its obligations under a settlement agreement with the Conference that resolves the litigation between the parties.

The Bylaws establish the circumstances by which a member may unilaterally withdraw from the Conference, which includes payment of an exit fee and a minimum of 27 months’ notice. The Bylaws also provide that the Conference may, by 3/4 vote, terminate the membership of any member and that is the process by which West Virginia University will depart as a member of The BIG EAST Conference.