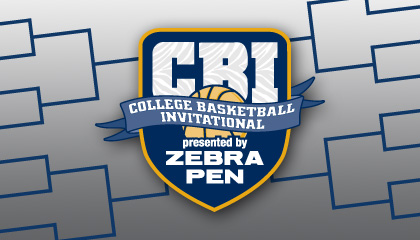 According to the Delco Times, Villanova is working on plans to submit bids to play in this season's College Basketball Invitational (CBI) and CollegeInsider.com (CIT) tournaments after the season. The Wildcats would seem unlikely to be accepted to the CIT tournament, which has never bid a school with a losing record and has concentrated on filling its bracket with mid-majors with winning records that were left out of the bigger tournaments. The CBI, on the other hand, has taken on five teams with sub-.500 records in the past.

"We’re looking into it," Villanova athletic director Vince Nicastro told Terry Toohey. "We have a little time and nothing has been finalized, but it is something we are considering."

Oregon (twice), Oregon State, St. Johns and Cincinnati have all participated in the CBI tournament despite compiling losing records during the regular season. The 2009 tournament featured both Oregon State and the Red Storm. It has twice been won by teams entering with losing records.

After Monday night's overtime loss, Jay Wright said that he would welcome the opportunity to play additional games in any tournament with his young team.

"For us, just to get time to practice with these guys would be a benefit," Wright told Jack McCaffery. "These guys like each other. They keep coming to practice. They work hard. It’s not like you have one of those teams where four or five guys are ready to graduate and just want to get it over with. They are sticking together. It’s not pretty. But if we get a chance to play, we’ll play."

According to event organizers, The Gazelle Group:

The 16-team field consists of teams not selected for the NCAA Tournament. Teams are invited based upon performance during their conference and non-conference schedules, as well as how well the team is playing at the end of the regular season.

Villanova likely needs to win a few games and take some momentum into the bidding process to meet that criteria, though the CBI or their television partners may also choose a school like Villanova purely for brand-recognition and potential for ticket sales.

If the Wildcats don't get accepted to the CBI or CIT, their only hope of postseason play may be to win the Big East tournament. Otherwise, they will miss the postseason entirely for the first time since 1997-98 and the third time since joining the Big East conference.

The CBI is played entirely on campus sites, beginning on Tuesday, March 13, and ending with a best-of-three Championship series on March 26, 28, and if necessary, March 30. Television coverage is provided by HDNet.