Closest to the Pin Round 20: Georgetown (Rivalry Game with Bonus Points)

Share All sharing options for: Closest to the Pin Round 20: Georgetown (Rivalry Game with Bonus Points)

VUHoops vs. Vegas: Based on the average predicted scores of the VUHoops Crowd and the posted Vegas line, we would have had a DOUBLE LOSS by picking ‘Nova +9.0 points (LOSS) and the Over (LOSS). The details follow. With the double-loss, we are down $100 for the season. 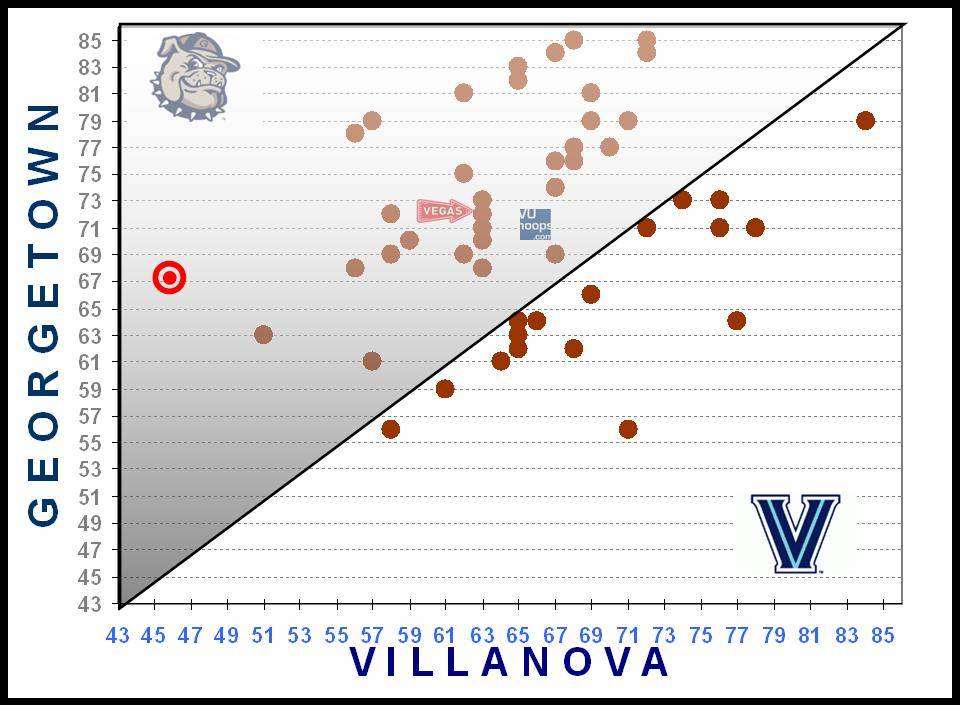 Window Opening: February 23, 8:00 PM … The window is now open for our readers to post their predicted final scores for Saturday’s game against Georgetown at the Verizon Center in Washington, DC (2:00PM, CBS) in the 20th round of our Closest to the Pin Contest. Dom and Scott0220 are now tied for first place; click here to see our full leader board.

Special Note: As the last of four rivalry games, this is your last shot to make a big move on the leader board as points increase by 50% in this round: Bulls-eye = 15 pts; Gold (non-bulls-eye) =7.5 pts; Silver = 4.5 pts; Bronze = 1.5 pts. Even if you have 0 points so far, you mathematically still have a chance to win first prize with wins over the last three games.

Be sure to read our game preview as well. Good luck!