Share All sharing options for: Fisher's Friends in Turkey 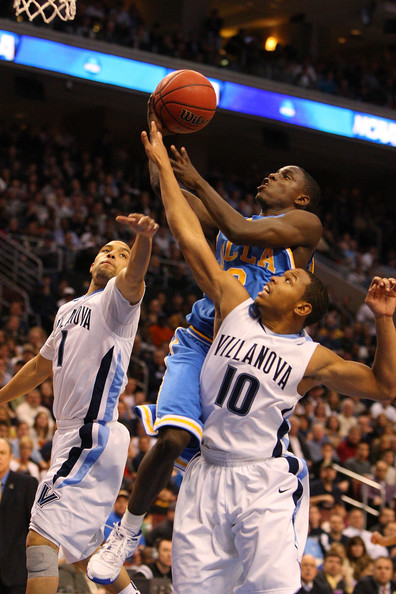 When Corey Fisher went to play basketball in Turkey this season for Antalya, he probably expected that any contact with old friends or acquaintances would be via telephone, Facebook or Skype chat. Instead, the Turkish squad has surrounded their American guard with familiar faces.

After signing Fisher and taking the opportunity to kick the tires there, the team's officials opted to sign his former college teammate, Scottie Reynolds, who had just been cut from Utah Jazz camp. Even after reuniting the Villanova backcourt, Antalya had another move left up their sleeves, signing former Drexel player, Frank Elegar, who also happened to be an old friend of Fisher's from their days growing up in the Bronx.

These were the sort of moves that would have likely made Scottie Reynolds' short-stay in Italy last fall a bit more comfortable.

As a result, Fisher leads his professional team in scoring (17.32 ppg), assists (3.84 apg), and steals (1.05 spg). Reynolds hasn't played enough this season for his stats to outweigh Fisher as a team leader, but he has also performed well, scoring 17.5 ppg in four games and 3.75 assists.

Fisher has also shot 37.6% from beyond the arc.

The era of NBA players flooding into the Turkish league ended with the NBA lockout, but Antalya, which lived within its means and avoided signing players like Deron Williams for short-term success, is still in 14th place in the league table. There are 11 games left, however, and the team has won its last two.

Since moving to Pau-Orthez in the French league, Allan Ray has averaged 14.8 points per game along with 4.67 assists, 3.78 rebounds and 1.67 steals per game. He has become a valuable member of his new team over the past 10 games. He has been second on the team in both minutes-played and points-scored.

Ray is joined in the French backcourt by Philadelphia-native, Mustafa Shakur.

Despite the numbers put up by Ray and others, the team is also mired in 14th place on the league table, 11 games back from the top with 11 games remaining. So, while not mathematically eliminated, Pau-Orthez will need a major effort to climb up the league table before the season ends.