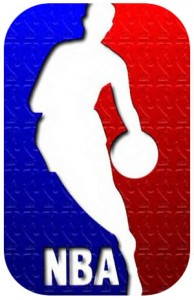 The Daily News is reporting that Villanova junior Maalik Wayns will add his name to the NBA Draft as an Early Entrant, potentially forgoing his senior year. The move will allow him to speak to, and work out for, NBA teams and executives and will not change his eligibility under NCAA rules unless he stays in the draft after the withdrawal deadline or hires an agent.

"I want to test the waters at this point to see where I stand," Wayns said in a statement released by Villanova this afternoon.

Under the current rules, Wayns can interview at, or work out for teams at his own expense. The process also provides the opportunity for a player to be evaluated by a panel of NBA general managers who can advise him on his draft prospects. It is a far more restricted system than what college players were able to participate in prior to recent rule changes that restricted travel expenses being paid by teams and that moved the withdrawal date up to early or mid-April.

It is a move that has been rumored for some time that Wayns would opt to pursue this path. Scottie Reynolds made a similar decision after leading Villanova to the 2009 Final Four before deciding to return to school. Rumors suggest that, perhaps, Wayns is less likely to return than Reynolds was, even if he is told he would be unlikely to be selected in the draft, as there may be pressure on him to move on and start making money.

With the usual skepticism that comes with the site, NBAdraft.net does not have the Philadelphia native projected as a Top 60 draft pick. If Wayns stays in the draft and is not selected, he will have to pursue the NBA Developmental League or take his talents overseas.

"I think this is a smart decision for Maalik at this stage of his career," stated Villanova head coach Jay Wright. "I look forward to working with him as we go through this process."

The 6'2" point guard has until April 10 to withdraw his name from the draft provided that he has not signed with an agent. Each player can "test the waters" of the NBA draft once in their college career in that fashion, and while many believe Wayns was considering such a test last spring, he ultimately chose not to.

Wayns lead the Wildcats in scoring with a 17.6 ppg average over the past season. He scored scored 1,191 points in 95 games during his three years at Villanova. His 39-point outburst at Cincinnati in mid-January was this season's highest single game total by any Big East player and was one of the best performances by a Villanovan since Scottie Reynolds broke 40 points in a game in 2010. Wayns finished his season being named to the second team All-BIG EAST in voting by the conference’s coaches.

"I know that with Jay Wright and the people at Villanova he’s going to get the best information possible," Wayns' high school coach Chris McNesby told the Times-Herald. "He’s ahead of schedule academically. He could graduate by the end of the summer so there is a lot to consider, but I know that whatever decision he makes it’s going to be well thought out."